I never knew that the cotton plant was indigenous to Africa. Perhaps that explains why it grows so well here and is totally aligned to our climate conditions. Even so, Africa plays only a small part, possibly less than 1% in the global supply of this essential fibre in global markets. That is a pity, because it is a crop which is hardy, requires an enormous amount of labour in its production and beneficiation and it is surprising to me that it receives so little attention. 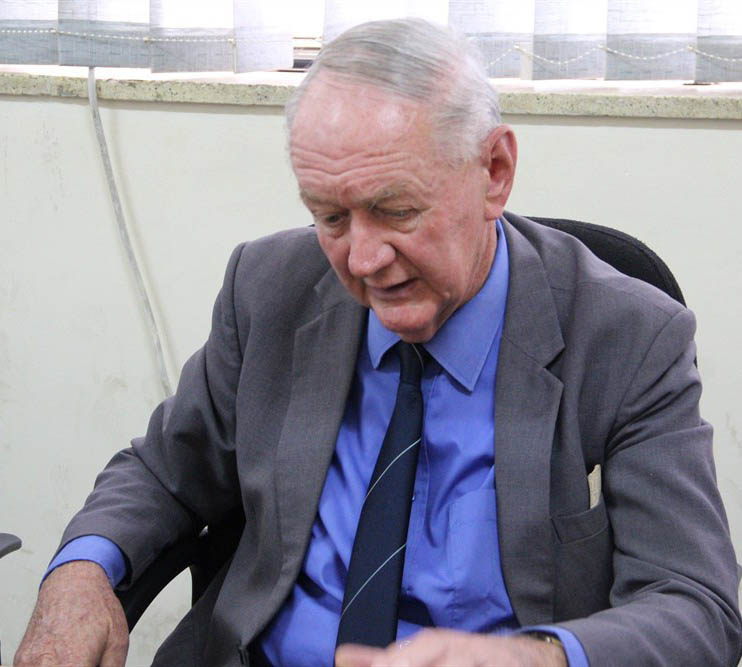 In this country, the first recorded commercial production of cotton was in 1926 and its history over the past 100 years, has been very mixed. The main problem which faced the industry in the first half-century was disease and pest control and it was only when science addressed those issues that commercial production, on any kind of scale, became possible. The first varieties planted on commercial farms was American in origin because of American leadership in the field of crop variety development at that time.

It was the imposition of United Nations sanctions on Rhodesia in 1966, following the Unilateral Declaration of Independence, that the crop received serious attention and finally achieved some sort of significance in the agricultural economy. By 1972, the crop was generating 10% of total agricultural output and was playing a major role in the development of the industrial sector, with nearly 80,000 workers employed in the clothing and textile industry.

The reason for this development was the need to diversify away from tobacco which in 1965 represented 80% of all agricultural output and close to 40% of national export earnings. It was the “golden crop” but any tobacco expert anywhere in the world could immediately distinguish Rhodesian tobacco from other sources of supply making the application of sanctions effective. It would be several years before the innovative individuals behind the crop were able to circumvent sanctions by blending the local crop with tobacco from other origins and re-exporting it to major clients.

In the interim, the agricultural industry required alternatives and tobacco growers were quite exceptional in their willingness to apply modern techniques and knowledge to their farm activities. In response to the surge in output, the government formed the Cotton Marketing Board in 1969. Supported by sophisticated research at the research station outside Kadoma and the Cotton Training Centre, which the farmers themselves financed, the industry expanded rapidly reaching almost 400,000 tonnes in production and making the country second only to Sudan in African cotton production.

The Cotton Marketing Board was managed by a Board appointed by the Agricultural Marketing Authority and drawn from the farming industry and the industrial sector. Led by some exceptional individuals such as C G Tracey, the CMB was managed on a not-for-profit basis, whose sales proceeds were being used predominantly for producer price support with the Board setting a pre-planting price, then a delivery price, and finally distributing any surplus profit to farmers in the form of a supplementary payment at the end of the season. The growers supported the research programme which now included crop breeding, a field where the Rhodesian research establishment was already making its name as one of the leading crop research programs in the world.

To meet the needs of the industry, the network of Ginneries required to process the seed cotton into lint and cottonseed was expanded dramatically. The CMB held a monopoly and the only private sector ginnery in the Southeast Lowveld produced cotton which was sold to the CMB for sale.

In 1994, 14 years after Independence, the Government of Zimbabwe elected to sell the Cotton Marketing Board to private sector operators. It has always been my personal view that the assets of these State-controlled institutions were the property of the farmers because their assets had been created by farmers who had ultimately been responsible for the capital and operating costs involved.

The second tragedy of this process was that, as had been the case following the breakup of the Soviet Union, these assets were sold to politically connected individuals who benefited enormously from the transaction. The Board of the newly privatised enterprise called itself Cottco and after a short period of time listed on the stock market as a public company. It thrived for more than a decade and those who sold their shares at that point made a lot of money.

I do not know when the rot set in, but sometime during the intervening period of 28 years, the Directors and senior management of the company discovered that they could sell into domestic and international markets at a significant discount and generate surpluses that they could control. As time went by, this system became more sophisticated with the company establishing its own structures offshore to buy lint from Zimbabwe and resell it into global markets.

In addition to corruption at a high level, many features of the operation of Cottco in the domestic market such as supplies of consumables, transport, and employment opportunities, were also subject to corrupt and irregular practises, and this increased the companies’ operational costs substantially. The main casualty of this process was the primary producer in the form of the farmers who produced the crop. The fast-track land reform programme had destroyed the Cotton Growers Association which, for the previous 50 years, had represented the major commercial producers of cotton and would never have tolerated this deterioration in the marketing practises of the main buyer. The small-scale growers who were now responsible for 90% of production, were not well organised and did not have the capacity to challenge the activities of Cottco.

One immediate and constructive development that took place during this time, was the introduction of a number of competitive companies, which at one stage reached 28. This included some major international corporations and for a while this diversified structure was able to maintain the output of the industry. The problem which then arose was one which faced nearly all agricultural commodities, which was how to finance the production of the crop.

The result has been the development of the contract system of crop production which requires the ginneries to support farm activity with inputs during the growing season on condition that they sell their seed cotton to the contracting company. The problem with this system is that farmers can circumvent their obligations to the contracting entities and supply cotton to unscrupulous buyers who benefited from the investment their competitors had made. In a very short time, nearly all the private players with any kind of integrity were eliminated from the industry. The problem for the farmers was that the remaining companies, including Cottco, were unable or unwilling to pay an economic price for the seed cotton and consequently, production declined dramatically.

When the control of government changed in 2017 the new administration lost no time in seeking to put cotton back on its feet. The Presidential Input Programme was launched which supplied small scale growers with free inputs and arrangements were made to finance the supply of inputs to growers on the condition that they supplied Cottco who would then recover the cost of inputs.

This programme has been successful, in that seed cotton production has recovered to approximately 140 thousand tonnes in 2021. However, the State has been unable to recover its investment in the programme of input supply and financial support and these measures are now being withdrawn. Although the Board of Cottco has been completely restructured and the company is suspended from the stock market, the corruption in its administration continues.

The way in which Government support has been managed in the past three years has made Cottco and effective national monopoly, but the problem is, going forward, that in its present condition and under existing management, the company is unable to pay farmers a price which will enable them to obtain a reasonable return on the crop.

In my view, this represents a total failure of the privatisation programme which can only be addressed by either complete liberalisation of the market system or the renationalization of the company and the appointment of a professional Board and management. With 500,000 registered growers, this is a major issue confronting the Zimbabwean authorities today. The potential is enormous, but any success starts at the farm gate.

Newer Post
‘They want to remove us and take the rock’, say Zimbabweans living near Chinese-owned mines
Older Post
Guilty during land reform