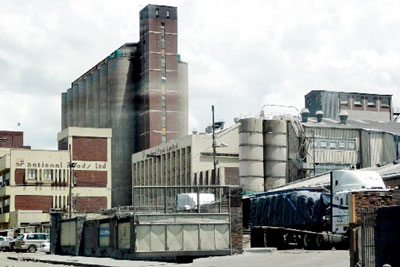 THE merger between National Foods Limited (Natfoods) and Gain Holdings is under scrutiny from the Competition and Tariffs Commission (CTC) after the statutory body fined the merged entity, Gain Cash and Carry, ZW$4 million for contravening the Competition Act, businessdigest has learnt.

Well-placed sources told this publication the CTC received a merger notification of the transaction entailing the sale and lease of Natfoods depots to Gain Holdings in July 2019. The commission received the notice after the merger agreement deal was signed in 2016.

In 2016, Natfoods struck a deal to wean off its depot business to the former managers, namely ex-financial director Liberty Murimwa and former sales and distribution director Johnson Gapu.

Before the merger, Natfoods controlled 62 depots, 41 of which were leased from third parties, while it owned the remaining 21. Of the 21 depots, Natfoods contemplated disposing of 19 to Gain Cash and Carry on a rolling basis to give the company time to gain the financial muscle to buy the buildings.

“CTC penalised Gain Cash and Carry ZW$4 million for not adhering to the Competition Act. The amount is 2,7% of its annual turnover for the 2018 financial year. When fining, the Act allows the commission to fine any company involved in the merger. In this case, it is the merged entity which was fined. Natfoods was not fined,” the source said.

According to section 34 (a) of the Competition Act, a party to a notifiable merger is required to notify the commission in writing of the proposed merger within 30 days of the conclusion of the merger agreement between the merging parties; or the acquisition by any one of the parties to that merger of a controlling interest in another.

Mauritian-based SSCG Africa has been growing its local portfolio in several businesses in diverse sectors.Contacted for comment, SSCG assistant portfolio manager Edward Leared said: “I think l am not in a position to divulge any details pertaining to that.”

CTC director Ellen Ruparanganda confirmed handling the case but would not disclose the specifics.“The matter is still being handled by the Commission and not yet concluded. The Commission cannot comment,” she said.

Questions sent to Gain Cash and Carry and Murimwa were not responded to at the time of going to print.Apart from fining the company, the commission has set other conditions that include the disposal of 50% shareholding in Lolite Trading by the end of 2020 and has directed the firm to desist from exclusive agreements that involve the competition in the market. Gain Cash and Carry is also expected to deliver to the commission annual reports detailing measures to conform to the set conditions.