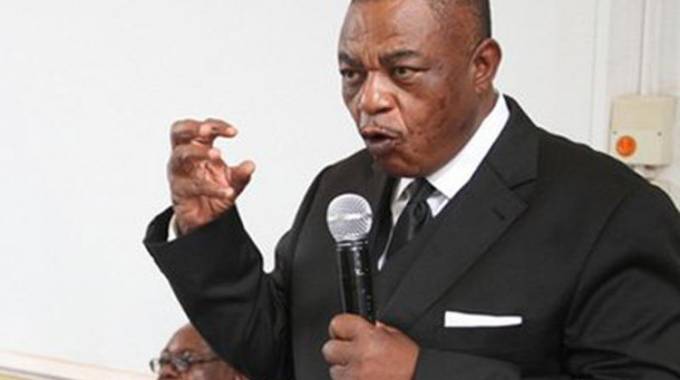 Source: Govt to address staff shortages | The Herald May 9, 2018

Daniel Nemukuyu Senior Court Reporter
ACTING President Constantino Chiwenga has said Government will expeditiously address the critical staff shortage in the Judiciary, a move that is expected to support the ease of doing business initiative among other policies.

Officiating at the opening of a new permanent High Court station in Mutare on Monday, Acting President Chiwenga said adequately staffing the courts, was also vital in maintaining peace and stability ahead of the fast approaching harmonised election.

Zimbabwe has declared zero tolerance on political violence and all those found on the wrong side of the law will be prosecuted.

Chief Justice Luke Malaba had also pleaded with the Executive to lift the recruitment freeze imposed across Government ministries and departments years back.

Addressing the gathering in Mutare on Monday, the Acting President announced the good news to the crowd’s applause.

“I was a bit worried. I thought the Honourable Minister of Provincial Affairs for Manicaland would forget, but she kept on hammering. Yes, I am aware that the new Mutare High Court is understaffed as a result of the freeze of recruitment. It is manned by skeleton staff and occasionally supported by staff from Harare.

“I am happy to inform you that from today onwards, the Ministry of Justice, Legal and Parliamentary Affairs, in conjunction with the Ministry of Finance and Economic Development, Judicial Service Commission and the head of the Civil Service, shall expeditiously address the issue of staff shortage,” said Acting President Chiwenga.

Speaking at the same occasion, Chief Justice Malaba said the situation was now desperate, but he would continue pinning his hopes on the relevant authorities.

“We have a serious shortage of judicial officers and support staff, but I remain optimistic that the solution will soon be found,” said the Judiciary head.

Minister Mutsvangwa lamented the shortage of magistrates and support staff and called for Treasury to intervene.

“There is a serious shortage of judicial officers and support staff at the courts. Mutare Magistrates Court, currently, has only three magistrates, including the provincial magistrate who doubles as an administrator.

“The newly-opened courthouses at Nyanga, Murambinda and Mutasa have provisions for two magistrates, but at the moment JSC only deployed one at each station.

“When courts remain understaffed, we will not do justice at all,” said Minister Mutsvangwa.

Chief Justice Malaba is on record bemoaning the crisis, indicating that he had since engaged relevant authorities over the issue.

The shortage, according to JSC, was posing a serious threat to the justice delivery system amid reports that 19 courts had since been closed.

At Harare Magistrates Court alone, four courts are now redundant due to shortage of magistrates while in Mutare, one was closed.

Fourteen others were locked up at various stations countrywide, a development that has increased the workload on the few available magistrates.

Chief Justice Malaba, who is also chairperson of the Judicial Service Commission, said Zimbabweans had become too litigious and unfreezing of the posts will go a long way in improving efficiency of the courts.

The Chief Justice is also seeking permission to promote judicial officers who have been stuck on their positions for years.

Recently, Government set up Anti-Corruption Courts in Bulawayo and Harare with a view to fight graft and the development requires more magistrates and support staff.

The specialised anti-graft courts, will be decentralised to all the country’s 10 provinces.

Out of a total establishment of 250, only 191 magistrates are in post, creating 59 vacancies in the department.

Mutare High Court became the second permanent High Court station to be established in independent Zimbabwe after Masvingo, which opened its doors to the public on May 30, 2016.

The High Court in Masvingo was established some 122 years after the opening of the Bulawayo High Court.