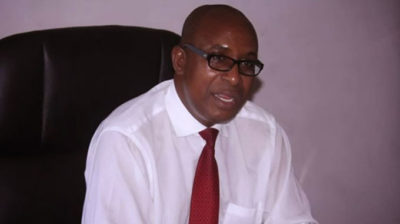 BY MIRIAM MANGWAYANational Peace and Reconciliation Commission (NPRC) spokersperson Obert Gutu has been taken to the High Court over his statements downplaying the gravity of Gukurahundi.

Gutu, a former MDC-T vice-president who joined Zanu PF early this year, last month called Gukurahundi “a small, tiny fraction” of the issues the NPRC was dealing with.

The Zimbabwe Human Rights Association (ZimRights) now wants the High Court to bar Gutu from serving as an NPRC commissioner for allegedly failing to renounce his Zanu PF membership as demanded by the law.

ZimRights argued  in its court application that Gutu was not eligible to perform his duties as a commissioner because he had not relinquished his political party membership.

Gutu was appointed a commissioner in the NPRC a month after he joined the ruling party and was recently appointed spokesperson of the peace body and chairperson for its complaints handling committee.

Through its lawyers from the Zimbabwe Human Rights NGO Forum, ZimRights argued that Gutu failed to renounce his Zanu PF membership within 30 days of his appointment in accordance with section 236 of the constitution.

“The announcement was made following the appearance of the first respondent at the State House where he was welcomed into the political party by President Emmerson Mnangagwa, who is also the first secretary of Zanu PF.

“On 29 March just eight days after his avowed membership to Zanu PF, the first respondent’s name was shortlisted as a potential member for the NPRC.

“The first respondent was shortlisted as a potential member of the NPRC on May 7 2021, which marks the date of his appointment.”

Gutu, through his lawyers Thompson Stevenson and Associates, claimed he abandoned his plans to join Zanu PF when he was appointed an NPRC commissioner.

He said his statements in the state media on his Zanu PF membership were an expression of intention and interest.

“There is no basis for the relief sought in terms of section 263 (3) (b) as I was not formally admitted into the Zanu PF political party, thus there is no membership to be relinquished,” Gutu said in his opposing affidavit.

“I never formally became a member of Zanu PF.

“My expression of intention to become   a member must never be construed as acquiring membership worth relinquishing.

“There was no need for me to provide information pertaining to relinquishment of membership through public announcement because I never formally became a member of Zanu PF at any point.”

Mnangagwa and the NPRC were cited as respondents in the matter.

The ZimRights application is yet to be set down for a hearing.