Businessman and founder of the African Medallion Group Frank Buyanga has been rated as one of the youngest millionaires in Africa who has traversed the depths and heights of the business world. 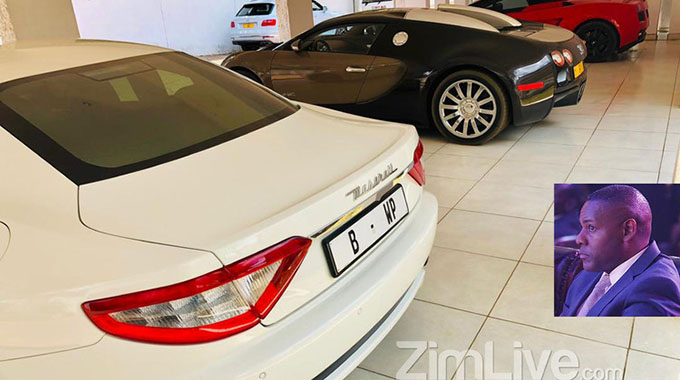 Born in the United Kingdom (UK), on September 14, 1979, Buyanga holds a degree in Economics and Finance from North London University (UK) and has over 19 years’ experience in the business entrepreneurship arena. 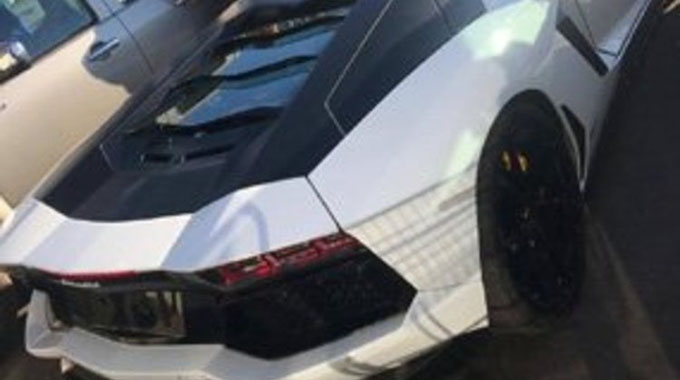 Despite having facing numerous challenges and controversies in his business career, Buyanga has proven to be an astute businessman, one who has risen above the adversities and has achieved many successes through his consistent display of enduring leadership qualities. 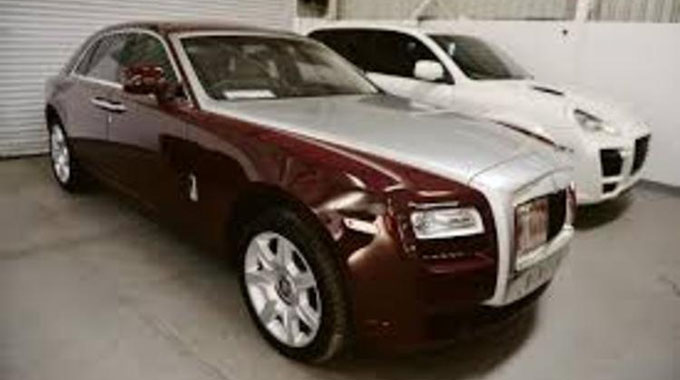 In 1998 at the tender age of 18, Buyanga commenced his entrepreneurial career by registering Summit Trading, a commodities company based in the UK. 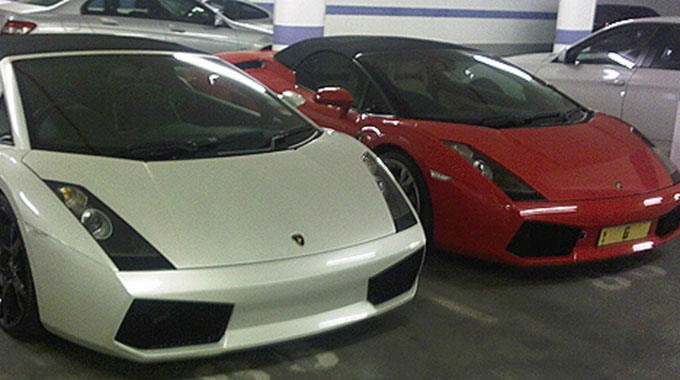 In just over a year, he founded Ferco Trading Ltd, an import and export company, which would expose him to the global business arena. 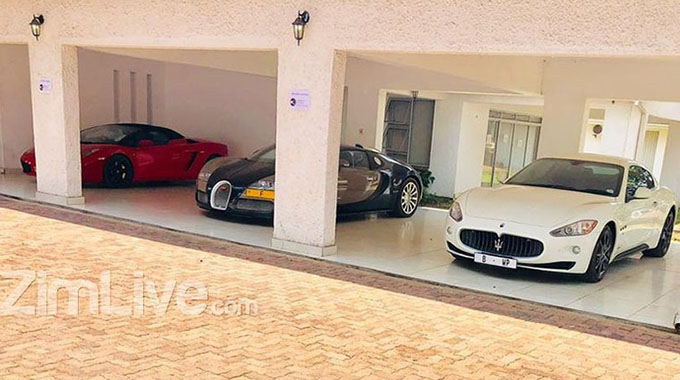 Buyanga continued to display characteristics of a serial entrepreneur as he relentlessly embarked on other business ventures in the UK.

Between the years 2000 and 2004, he owned and operated a pound shop in Stratford (UK), and opening up a garage based in IIford (UK).

Over and above this, he operated a financial advisory and mortgaging firm based in Cavendish Street, London W1.

In 2003, Frank who was an active member of Forward in Faith Ministries International was elected as a Deacon by the head of the church, Archbishop Ezekiel Guti.

He spearheaded various mission funds assisting in raising over GBP500, 000.

A year later, this prompted him to take a sabbatical, a decision that would later play a pivotal role in his life and steer his business ventures in a new direction.

During the time, he attended Pocim College of Leadership (UK), studying Theology.

After completion, he visited the Holy Land — Israel.

In 2005, Frank moved back to Zimbabwe to spread his business tentacles in Africa. Throughout the next few years, he would create bold leaps in servicing various business interests in Zimbabwe, Zambia and South Africa.

His tenacious drive and hunger for success would lead him to being recognised today as a global business icon – a beyond borders achiever.

Touched by the plight of the poor in Africa, Buyanga formed the Hamilton Foundation in 2012. The organisation strives to assist many who lack basic needs.

With his humanitarian efforts and philanthropic spirit, Buyanga will stop at nothing to lend a helping hand.

Over the years, he has been involved in many humanitarian activities including food and clothing donations, assistance with school fees and uniforms, taking care of orphans and assistance in repatriating xenophobia victims from South Africa to various neighbouring African countries in 2014.

The property mogul during his prime, globe-trotted, wined and dined with heads of state across the continent.

His business interests are vast and has been hosted by many international VIPs including Equatorial Guinea President Teodoro Obiang Nguema.

The businessman is known for driving expensive state-of-the-art vehicles and living large.

Besides being a successful businessman, the media shy Buyanga and his entities have invested not less than US$40 million into Zimbabwe through the traditional banking system.

His main focus has, however, been to bring wealth into the country.

In an interview recently, Buyanga said it was possible to make Zimbabwe one of the wealthiest per capita states in the world.

Buyanga said he will continue striving to assist and help so that the country’s economy grows especially under the new dispensation.

“My focus and key strategy is to bring wealth to Zimbabwe. It is possible to make Zimbabwe the wealthiest per-capita state in the world, with the right policies and strategies.

“The new Zimbabwe that’s taking shape right now is a democracy and I believe that’s what will shape its global reputation as a safe state, which is the first step of attracting the kind of investment the country needs to really get going.

“As long as the judiciary, the military and the executive don’t get in the way of each other, the rights and interests of all citizens will be upheld,” he said.

Buyanga has widely been quoted by some sections of the media claiming that he doesn’t know exactly how many cars he owns.

On Christmas Eve, Buyanga treated shoppers to a rare sight after he parked some of his expensive vehicles at Cafe Nush at Avondale shopping centre in Harare.

The three vehicles included one of his latest acquisitions, a Lamborghini Aventador S and two BMWs, an X7 and a 7 series.

In April this year, the businessman added the Lamborghini Avedantor S worth about R7,48m to his impressive collection of automobiles.

Motoring enthusiasts at the airport could be seen taking pictures and videos of the Avedantor – powered by a V12 engine which produces 544kW and has a top speed of 350km/h.

Last week a new Bugatti Chiron – one of the world’s fastest car – worth over US$3,4 million  landed in Zimbabwe raising mystery about the owner.

The new beast was seen after a video emerged online showing the Chiron, the successor to the Bugatti Veyron, driving in Harare’s CBD.

He was handed the gong at the fifth Pan African Humanitarian Summit and Awards ceremony popularly known as Africa’s Prestigious Night of Honour held at the Hilton Capital Grand Hotel.

This became his fourth award for his achievements this year.

In May, Buyanga, received an award at the World Business Leaders’ Summit and Honours “19 held in Dubai. The event was held on April 27 and 28.

The award was presented by the Global Academy of Psychological Sciences, in honour of the company’s unique and persistent contribution in the field of expertise.

In July this year Buyanga also won the African achievers for global Excellency in corporate leadership and national integration award in United Kingdom.

Buyanga was also in July named youth ambassador for entrepreneurship by Pan African Leadership Foundation. The Medallion Group founder was bestowed with the continental honour at the Young Entrepreneurs Summit held in Ghana.

The Young Entrepreneurs Summit celebrates some of the “most exceptional young business people and disruptors on the continent”.

Buyanga has been leading an ambitious team of young Africans and his business has footprints in Zimbabwe, South Africa, Lesotho, Mauritius, Namibia and Zambia. In June 2018, Buyanga’s AMG took control of South Africa-based, Pagliari Group, a subsidiary of Rand Refinery, which manufactures and supplies high quality minted products.

The AMG deal with Rand Refinery came on top of Mr Buyanga’s other investments in financial services, mining, and property.

The deal between AMG and Rand Refinery recently signed in Johannesburg, came as the former has hit the R3,5 billion mark with its gold reserves. The Pagliari Group was founded in 1957 by Mauro Pagliari.

In 2018, Buyanga wrote to the United Nations Secretary-General Mr Antonio Guterres asking him to consider Zimbabwe for a seat in the United Nations Security Council (UNSC) as a non-permanent member, saying the peace and stability the country has enjoyed over the years deserves such recognition.

During the same year, Buyanga established a fund to empower youths in the country and also helped capitalise the Sovereign Wealth Fund (SWF).

The entrepreneur said this was in response to calls by the new administration of President Mnangagwa, which desperately needs investment to revive the economy, which collapsed under long-time former President Robert Mugabe.

The businessman, also offered to help capitalise the Youth Fund, which he said can assist start-ups and grow the economy.

Zimbabwe, which is heavily indebted and has a very high unemployment rate estimated at more than 80 percent, has been unable to fund youth business projects, much to the detriment of small-scale enterprises.

Buyanga had earlier that year wrote to the Zimbabwean Government to offer his assistance in setting the Sovereign Wealth Fund.

A SWF or sovereign investment fund is a State-owned investment fund that invests in real and financial assets such as stocks, bonds, real estate, precious metals, or in alternative investments such as private equity fund or hedge funds.

A few months later, African Medallion Group, availed nearly $35 million to procure and deliver fuel, pharmaceuticals and other products that are in short supply in the country.

This came after Government granted AMG the approval to do so following its request to assist.