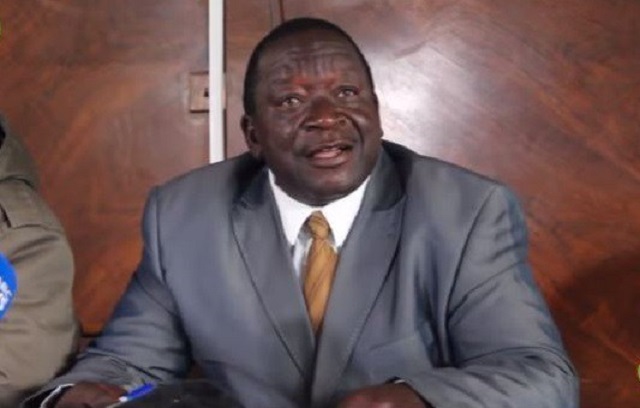 Addressing a provincial war veterans meeting at Masvingo Polytechnic on Friday, Cde Matemadanda said it was folly for opposition parties to call all former Zanu-PF members war veterans yet they did not take part in the armed struggle.

“Chamisa needs help from people like Chief Chiwara who has explained that Mavhaire was a herdboy, herding cattle for the Zvobgo family here in Masvingo during the liberation struggle.”

He said it was naïve for Mr Chamisa to call Mr Mavhaire a war veteran when everyone knew that he was not.

“Let it be known to Chamisa that not all former or existing Zanu-PF members are war veterans. This boy seems to live in Utopia as he denies that he lost the Presidential vote in the July 30 harmonised elections but surprisingly accepting that he lost the parliamentary and council vote,” he said.

Cde Matemadanda said Mr Chamisa was power hungry, as he grabbed the leadership of the MDC-T before the party’s late leader Mr Morgan Tsvangirai’s body was even laid to rest.

He said by so doing, Mr Chamisa, made a big mistake that would haunt him for the rest of his life, as he did not assume leadership, procedurally or democratically.