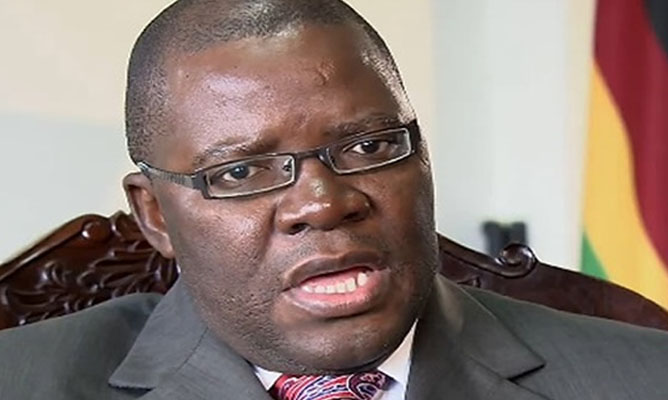 By RICHARD  MUPONDE
FIREBRAND MDC Alliance co-vice-president Tendai Biti and the opposition party have been slapped with a US$1 million lawsuit for allegedly claiming that a construction company, Augur Investments, and Russian businesswoman Tatiana Aleshina were corrupt on social media.

Augur Investments and Aleshina are linked, and in their summons filed at the High Court on Tuesday, they accused Biti and the opposition party of defamation.

“The plaintiffs’ claim against the defendants is for judgment with costs against defendants jointly and severally the one paying the other to be absolved for; (a) Payment in the sum of one million United States dollars being damages suffered by plaintiffs as a result of defamatory comments published by defendants on their respective Twitter accounts on or about December 4, 2020 and again by first defendant on December 13, 2020, which articles were per se defamatory of plaintiffs as set out in plaintiffs’ particulars of claim attached hereto,” the summons read.

The company and Aleshina also want Biti and the MDC Alliance to pull down the alleged defaming tweets.

“Defendants be and hereby ordered to remove the tweets posted by them on December 4 and December 13, 2020 relating to the first and second plaintiffs, immediately upon service of the order of the court.

“Second defendant (MDC Alliance) be and is hereby ordered to print a retraction and apology to the plaintiffs in three widely circulating newspapers in Zimbabwe within five days of service of the order of court on it,” the court application further said.

Biti was arrested early this month after allegedly insulting Aleshina and calling her “an idiot” at the Harare Magistrates Courts, where she was attending a fraud case involving Augur Investments which she is linked to.

He was dragged before a Harare magistrate. The case is still pending before the courts.

Biti was not asked to plead to assault as defined by section 89(1)(b) of the Criminal Law (Codification and Reform) Act when he appeared before Harare magistrate Vongai Muchuchuti.

He was granted $10 000 bail and remanded out of custody to January 18 for a possible trial after his lawyers successfully applied for bail on his behalf, which was consented to by the State.
MDC Alliance spokesperson Fadzayi Mahere said they were still to be served with the court papers.

However, she said they would defend the lawsuit.

“We are yet to be served with the papers, but as soon as we are, we will hand the matter to our lawyers who will defend the matter accordingly,” Mahere told NewsDay.