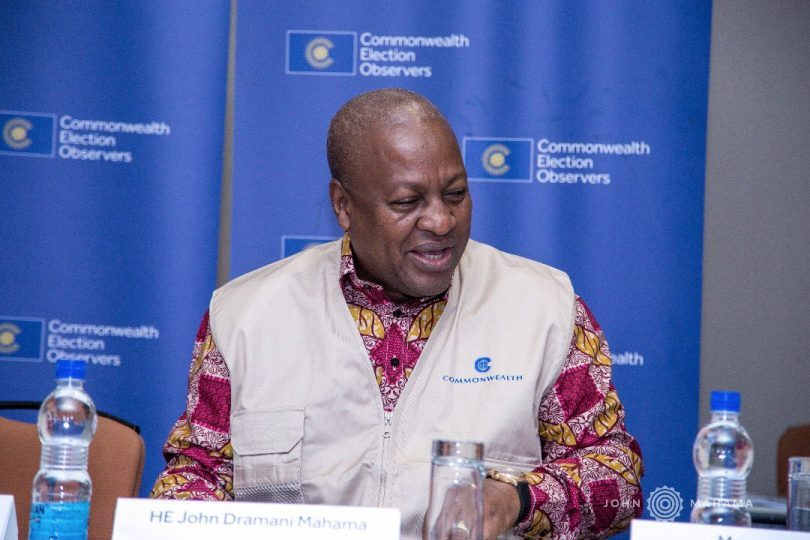 THE Commonwealth Observer Mission says Monday’s poll is crucial for Zimbabwe’s readmission into the family of nations.

Former President Robert Mugabe quit the Commonwealth in 2003 after observers raised the red flag over shocking levels of electoral violence and land invasions.

Since Mugabe’s removal from office in a military coup last November, president Emmerson Mnangagwa’s administration has sought to reengage the Commonwealth, which has set the July 31 election as precondition for readmission.

“The Commonwealth as a rule of thumb only observes elections in member countries, but Zimbabwe was once a member of the Commonwealth.

This mission is here as a special request by the Zimbabwean government to field a mission.

We are all aware that Zimbabwe seeks to rejoin the Commonwealth, I guess that the success of this election will play a part at assessing the request that Zimbabwe has made,” Commonwealth Observer Mission chairperson, John Mahama told journalists in Harare today.

Mahama, a former President of Ghana, also said head butting between the Zimbabwe Electoral Commission (ZEC) could be resolved in the next few days, urging the electoral body to heed opposition party concerns.

“The main stakeholders are the political parties and the concerns they have raised ahead of the elections are very important.

There are few issues with respect to the voter’s roll and the layout of the ballot paper.

So these are issues that we are taking with the election commission. Fairly we are ready to go, but there are few more days and if there are still any rough edges, I guess that ZEC can polish those rough edges before Monday next week,” said Mahama.

“In a run up to an election, no demand is frivolous because everyone wants to create a democratic space and have confidence that they are being treated fairly.

I think it’s up to ZEC to listen to them and where it is possible within the law to address it should be done.

No demand is unreasonable. I believe we must have a large heart to accommodate everybody.”

The Commonwealth Observer team which last observed elections in Zimbabwe in 2002 will deploy teams in all 10 provinces of the country on July 28.