‘Moyo’s lawyer is not the judge.’ Old Mutual insists it isn’t in contempt of court

Peter Moyo is now threatening to return to work with a sheriff in tow.

Source: ‘Moyo’s lawyer is not the judge.’ Old Mutual insists it isn’t in contempt of court | Fin24 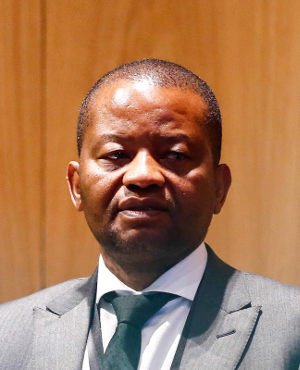 Only a judge can have the final say on whether Old Mutual is in contempt of court by barring Peter Moyo from returning to work, said a company spokesperson.

Earlier on Wednesday Fin24 reported that Moyo had been stopped from returning to work in Sandton for the third time.

After a court ruling by Judge Brian Mashile that Moyo be reinstated on a temporary basis after his first dismissal in June, Old Mutual fired Moyo again in August – this time with a letter it claims is in line with Mashile’s order.

According to a statement issued by Old Mutual on Wednesday, it had served Moyo’s attorneys a letter upon learning through media reports that he would attempt to return to work.

Axed Old Mutual CEO Peter Moyo spoke to journalists after he won his bid against his former employer to be temporarily reinstated and his dismissal was declared unlawful on Tuesday.

Moyo has tried to go back to work twice in recent weeks, but was not allowed in, as Old Mutual contends Moyo didn’t challenge his second dismissal in court.

Reiterating these views, chief communications officer Tabby Tsengiwe told Fin24 by phone on Wednesday that Moyo’s second termination, served on August 22,  has not been declared invalid. On these grounds he is not permitted to return to work.

Addressing media at Old Mutual’s offices on Wednesday, Moyo’s lawyer Eric Mabuza said that Moyo had returned to work to give Old Mutual an “opportunity to correct” its position on the matter.

“Once again we are met with the same attitude that we are not allowed to be here,” Mabuza said. “To us, this is a further aggravation of the contempt already before court. We will certainly bring this issue to the attention of the court.

“Next time we come here, we might need to bring a sheriff to come and enforce a court order. Only the sheriff is authorised to tell Old Mutual to open the doors for Mr Moyo. We are certainly considering this as a possibility,” Mabuza told journalists.

Responding to a question from Fin24 about claims that Old Mutual is being in contempt of court, Tsengiwe said Old Mutual will seek a legal opinion on Mabzua making such serious allegations.

“He [Mabuza] is not the judge. They have put before the courts a charge that we are in contempt of court. The judge has not ruled on that,” she added.

Old Mutual is also in the process of filing papers in its pending appeal against Mashile’s July judgment to reinstate Moyo. “Due to the importance of bringing stability and certainty for its stakeholders, Old Mutual has argued that the appeal hearing be expedited and be heard as early as November,” the company said.

Moyo in turn told journalists that he will push on with the legal battle in order to clear his name. “I have been clear that, there is absolutely nothing wrong that I did. My contract was not handled properly,” he said.

“It is important for people to understand, this is about my name. We need to clear that,” he added.