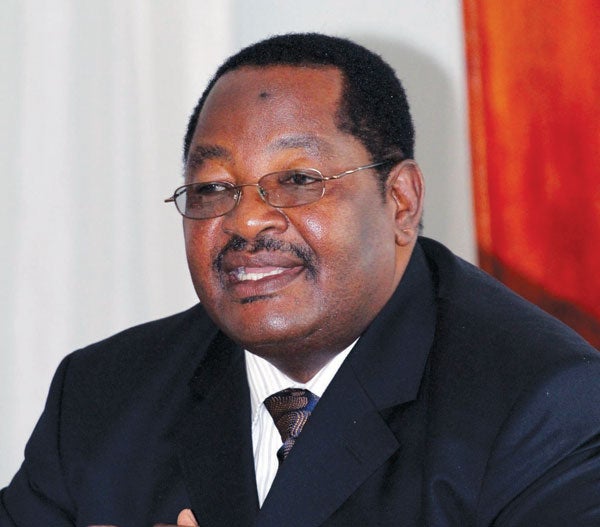 CANADILE Miners boss Lovemore Kurotwi has upped his bid to recover diamond mining equipment, cash and gemstones seized from his enterprise by former mines and mining development minister, Obert Mpofu, whom he wants investigated by the Zimbabwe Anti-Corruption Commission (Zacc).

Kurotwi and Mpofu have had several run-ins since 2010 after the former was arrested on charges of prejudicing the state of potential revenue amounting to US$$2 billion.

The charges arose after Kurotwi was arrested on allegations of defrauding the government. He was accused of misrepresenting to government that Core Mining, in which he was a director, was a special purpose investment vehicle of an internationally recognised mining giant, BSGR.

This resulted in the government partnering the company, which the state said was an undeserving company to form Canadile Miners to mine diamonds in Chiadzwa.

The case was thrown out by the courts for lack of substance, while Kurotwi insisted he was being persecuted for failing to pay Mpofu a US$10 million bribe.

“Having personally suffered unnecessarily as a result of Mpofu’s corrupt abuse of office, I can safely say I have first-hand information of what I think is Mpofu’s corrupt activities,” wrote Kurotwi in a letter dated July 8, 2019 and stamped by Zacc as received on the same day.

“In 2009, I representing a company called Canadile Miners in which I was a shareholder and director, applied for a licence to mine diamonds in Chiadzwa. Obert Mpofu then asked me for a US$10 million bribe for my company to get the licence.

“In fact, it is in the public domain that I told the then president, Robert Mugabe in Obert Mpofu’s presence about this bribe.”

Kurotwi accused Mpofu of cooking up allegations of fraud that resulted in his arrest as a way of spiting him for exposing him and his alleged “corrupt” tendencies to Mugabe.
“Angry that I reported him to former president Mugabe, Mpofu got me arrested on frivolous trumped up charges of fraud which, as you would recall, were dismissed by the law courts as they acquitted me of this trumped up criminal fraud charge.

“Mpofu ordered my arrest without any investigation having been conducted. He unilaterally abused his position of power to order my arrest,” Kurotwi added.
The diamond firm boss alleged that Mpofu confiscated mining equipment which has not been traced to date.

“Taking advantage of my vulnerability, given the fact that my case was based on trumped up charges and was still before the law courts, Obert Mpofu went further to abuse his office by confiscating our mining equipment worth US$14 million, 1,4 million carats (of diamonds) and cash amounting to US$10,6 million which was with the Minerals Marketing Corporation of Zimbabwe,” Kurotwi alleged.

“When Mpofu confiscated the above assets which belonged to us as Canadile, there was no directive as to what would happen to the assets. Everything was on Mpofu’s whim. This explains why, up to now, nobody knows of the whereabouts of the assets except Mpofu himself.”

He said there was need for the anti-corruption commission to probe the matter and establish what happened to the equipment.

“Therefore, as long as there is no knowledge of the whereabouts of these assets, it is not preposterous to suggest theft of the same assets by Mpofu and therefore, a thorough investigation of what happened to these assets is being required,” Kurowti said.

Contacted for comment, Mpofu said he was not responsible for the confiscation of Kurotwi’s equipment.
“I am not the right person to comment on that issue,” Mpofu said. “You need to go back to government and check who took what and where they put those things. Do you think it is possible for me to do what I am said to have done? That issue was tabled in a court of law and representations were made there. I think it’s not fair to keep on repeating the same things that have been addressed.”