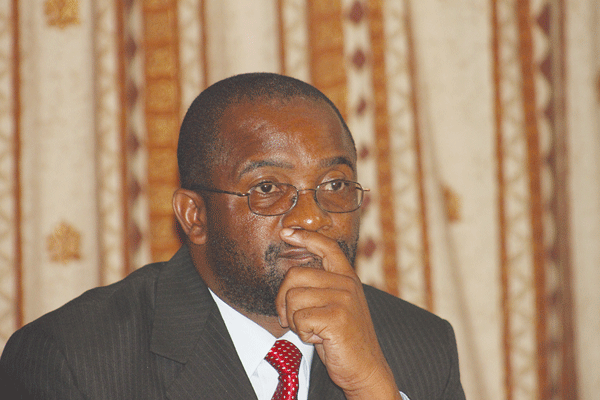 THE MDC-T said its leader Douglas Mwonzora was not fretting over threats to take him and the party to court by individuals challenging the December extraordinary congress (EOC) and the appointment of Elias Mudzuri as vice-president.

Disgruntled members of the MDC-T loyal to former leader Thokozani Khupe have been threatening to challenge the extraordinary congress that saw Mwonzora being elected to replace the late MDC founding leader Morgan Tsvangirai through the courts.

The congress, according to those opposed to Mwonzora, was chaotic and divisive, hence the outcome failed to reflect the will of the people.

Impeccable sources said after attempts to nullify Mwonzora’s victory at the recently held national council meeting failed, plotters were now resorting to court processes set to be put in motion after the lockdown.

“Everything is set and we are only waiting for the end of the lockdown,” a party insider opposed to Mwonzora said.

But MDC-T spokesperson Witness Dube said: “We are not aware of a push to challenge our EOC through the courts. If such was to happen, it will be regrettable. It is only a few extremists behind that because indications are that all hands are on deck to rebuild our party.

“The appointment of second vice-president Elias Mudzuri was done above board following a clearly enunciated legal path. If, indeed, some are challenging his appointment, then we will meet them with Mwonzoraism — the politics of tolerance, rational disputation, and a dash of polite arrogance.”