3 panners die in Kadoma mine flooding 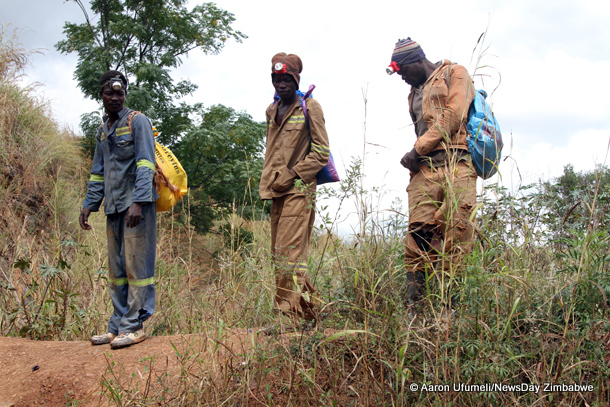 THREE gold panners at Pingo Mine, about 15km from Kadoma died on Monday night when a mine shaft they were working in flooded.

According to a statement by Mhondoro-Ngezi district development co-ordinator Peacemaker Muzenda, the three used explosives, leading to flooding in one of the shafts they were working on.

“Floods occurred in a shaft after the artisanal panners had used explosives in the base of Claw Dam,” Muzenda said.

“Initially, five artisanal gold panners had been trapped, but one escaped unhurt. Three bodies were retrieved and the fourth is still trapped in the mine shaft and is feared dead.

“The deceased’s bodies were taken to Kadoma General Hospital mortuary. Two of the deceased are Pingo villagers and the third one is from Silobela, Zhombe.”