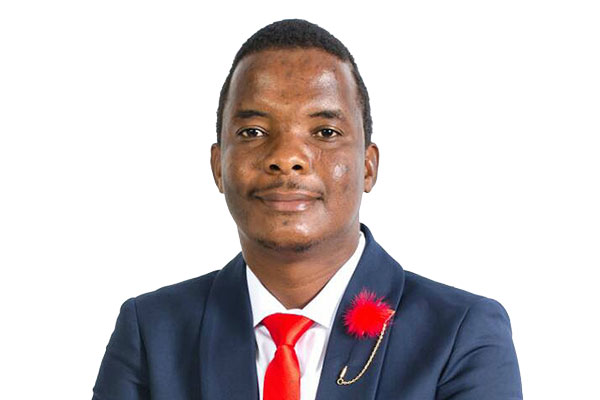 YOUTHS constitute around 67% of Zimbabwe’s population, but observers say they remain excluded in the political, socio-economic scheme of things in the country. NewsDay (ND) senior reporter Moses Matenga (ND) recently spoke to the Youth Forum Zimbabwe director Ashton Bumhira (AB) on introduction of the National Youth Service (NYS) programme, their participation in the economy, politics and what needs to be done to rescue the youths from turning into drugs for solace.

ND: What do you make of the reintroduction of the NYS programme by the government? Is it a progressive move in your view?

AB: Progressive means moving forward in a positive trajectory and the Youth Forum Zimbabwe doesn’t feel this reintroduction of the NYS deserves the word progressive. The NYS is tainted from its past and the public deserves to know what is going to be different this time. We need an NYS that is not a partisan tool to perpetuate and consolidate the ruling party’s grip on power as has been the case in the past.

ND: We have been under a relatively new government for three years now. How do you rate their sincerity in terms of addressing youth issues, particularly youth empowerment programmes?

AB: Youth empowerment is highly theoretical and piecemeal to appease agitated youths. The little that is being done is highly politicised. For example, youths and land, the previous Old Mutual youth loans had youths connected to one political party benefiting while the majority continue to wallow in abject poverty.

Empower Bank forms part of those piecemeal initiatives that are not backed to succeed in empowering youths. Our environment is volatile and to set up a business when you get loans denominated in our local currency is very difficult. Empower Bank outreaches have not been wide. Most young people cannot draft bankable projects even though they have ideas that can be moulded into such.

ND: Recently, youths petitioned the government demanding immediate holding of by-elections, how is that important to the youths at the moment?

AB: It is important to have representatives coming from the people which is not the case currently, an impingement on our democracy.

ND: As a result of poverty and other reasons, youths have turned to drug abuse for solace. What do you think is the lasting solution to end this desperation?

AB: We have enough resources in the country to turn around our economy, but our politics is too toxic for any meaningful development. It breeds corruption, protects the corrupt who would want to invest in an environment like that? Getting our redundant industries up and running, getting genuine investment will help us to create employment for our youths to take them off the streets, a haven for drugs.

ND: Do you view the incarceration of youth activists among them Zinasu leaders Makomborero Haruziviishe and Obey Sithole as a ploy to silence them?

AB: It’s very unfortunate that lawfare is being used to stifle youth voices — it is a huge dent on our democracy. We believe these arrests are being used to warn other youths of the consequences of raising their voices against injustices they witness and experience, thus silencing their voices forever.