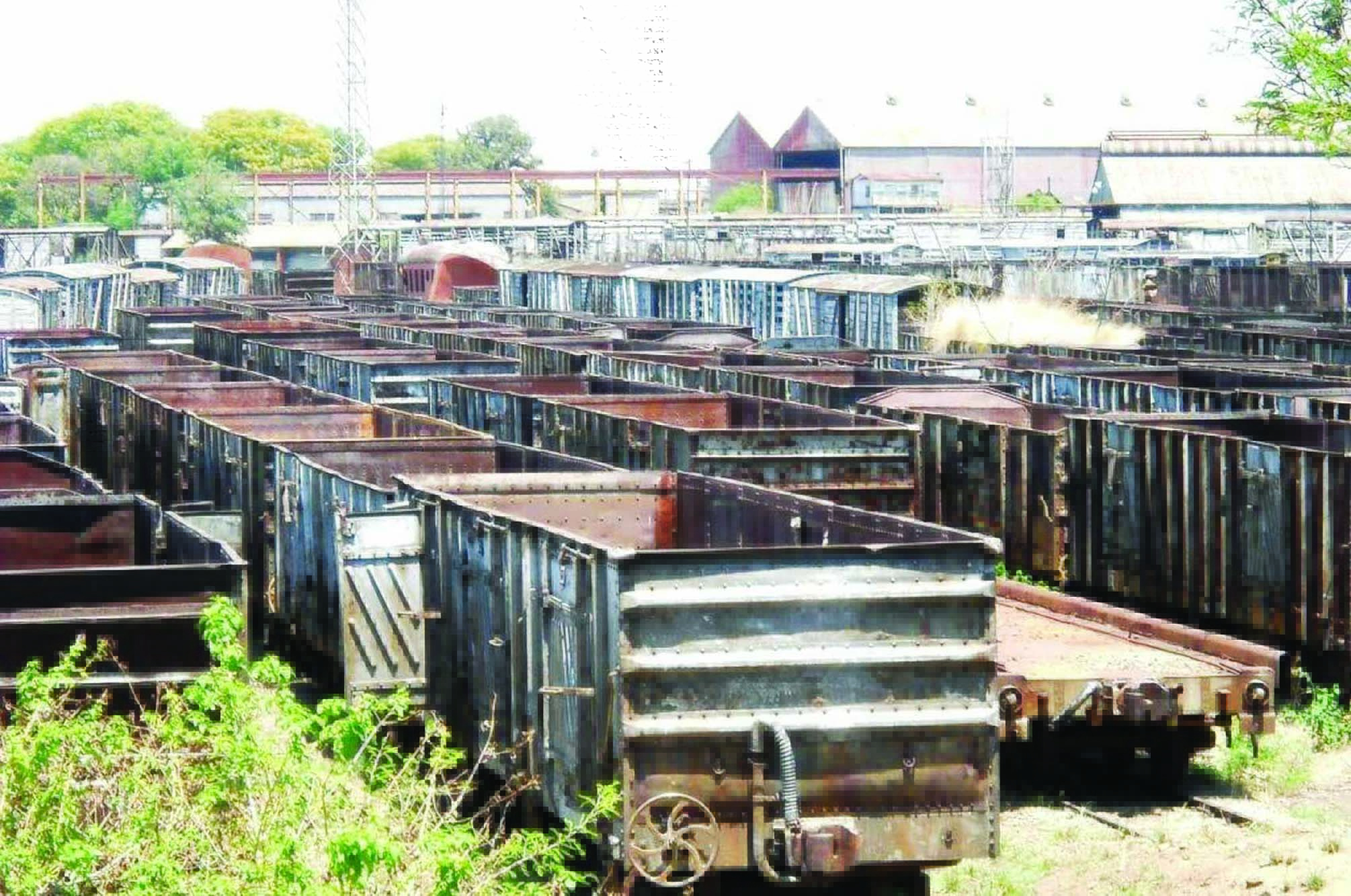 THE state-owned National Railways of Zimbabwe has spent more than US$319 000 on six luxury cars for top managers, amid allegations the money was diverted from a purse meant for the refurbishment of locomotives, sparking outrage from workers who are owed salaries dating a year back.

The vehicles comprise a Toyota Land Cruiser, three Toyota Fortuners for the line directors and two Toyota Hilux double cabs for other senior managers. Sources said the Land Cruiser has already been delivered to Bulawayo.

Locomotives are seen as a major component of the NRZ’s operations. One of the company’s corporate clients, Zimasco, recently complained that the rail transporter lacks the locomotives to adequately ferry its goods. Zimasco has had to hire two locomotives from South Africa on behalf of the incapacitated NRZ.
The development comes as reports from the railway operator suggested that six locomotives were due to be refurbished before management allegedly re-directed the resources to the purchase of the luxury vehicles.

“The directors and the general manager are getting new cars very soon. The vehicles were procured from Toyota South Africa. The payment was signed off by the director of finance as well as the general manager. It was a highly confidential matter but we have come to know that this is what they have done as workers,” a source said.

Information supplied to the Zimbabwe Independent showed that general manager Lewis Mukwada had selected the latest edition of the Land Cruiser for himself.
Interestingly, Mukwada is said to be on a short-term contract after his initial tenure at the helm of the NRZ is said to have come to an end in 2019. It is understood Mukwada, a former director of technical services, had his tenure extended up to the end of this month by the parastatal board.

“Regulations in place state that anyone on a short-term contract does not deserve a new vehicle. There are questions as to how Mukwada, whose term as general manager comes to an end at the end of the month, deserves a new vehicle altogether — a vehicle as expensive as a Land Cruiser,” queried a source.

Toyota South Africa sells the cheapest version of the Land Cruiser for R1 107 900 (US$55 400). The landing price would have shot up considerably, factoring in import duty and transportation.

“The other directors have bought themselves Toyota Fortuner vehicles, three of them. All those vehicles cost in excess of R6 million. There are two other twin cabs that have been bought, we understand, alongside the other vehicles. All this is happening when the six locomotives are awaiting refurbishment,” the source said.

Another source told the Independent said:

“Transport Minister Joel Biggie Matiza asked the board to ring changes in the management and bring in new blood and fresh ideas.
We have to ask whether these cars are being bought for legitimate reasons or there is a deliberate intention to include the cars in the managers’ exit packages,” a source said.

Sources also revealed that the purchase of the vehicles happens at a time the broke company is in salary arrears dating back 17 months.
“Some NRZ workers are owed salaries for the last 17 months. The company is quiet about this. But you have some people buying vehicles,” the source said.
Contacted for comment, the NRZ was coy on the matter, with management claiming that the parastatal bosses were entitled to the vehicles.
In a statement approved by Mukwada, the NRZ management said it deserved new cars because the current ones were now “dilapidated and old and were becoming a source of embarrassment.”

“NRZ senior and executive management are issued with company vehicles in terms of their conditions of service. The type of vehicles issued is governed by a circular issued by the Office of the President and Cabinet,” read the NRZ response in part.

“As part of the conditions of service, NRZ management were supposed to be issued with the vehicles in 2011/2012. However, due to cash-flow challenges the organisation was facing, it was not in a position to procure the vehicles. The managers were requested to continue using the vehicles they had been issued during the period 2006-2009,” the statement added.

“The situation reached a point where the vehicles being used by the managers were now dilapidated and were now a source of embarrassment when dealing with customers and other stakeholders. Authority was sought from the board, the ministry, and the Office of the President and Cabinet to procure new vehicles, as is procedural, and the permission was granted,” the statement added.

However, the parastatal’s workers are questioning why management had seen it fit to splurge on vehicles now, given the current state of NRZ’s finances.