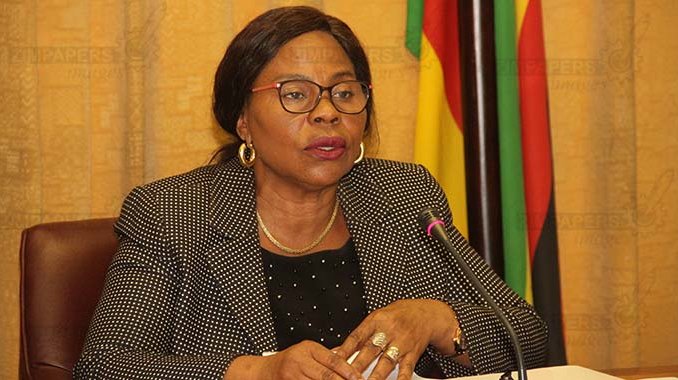 You have declared war on the church and it is very unacceptable, Zanu PF is not a demi-god, allow constructive criticism and the country will move forward, As Catholics, we don’t take orders from you Mrs Mutsvangwa but we take orders from our bishops who leads us to Christ, VP Chiwenga knows that,, your nonsensical utterances have reached an alarming level, the bishops must be allowed to preach any gospel without any hindrances, who are you to tell the bishops what to say and what not to say, the bishops were not anointed by you but they were anointed by Christ, therefore, they should speak without fear and favour, they don’t take orders from Zanu PF,

Who doesn’t know that we have a crisis in Zimbabwe, our annual inflation is on 635%, isn’t that a crisis, there is catch and release for those who are corrupt, Obediah Moyo never slept in police cells isn’t that a crisis, civil servants are being paid peanuts isn’t that a crisis, there is no freedom of expression you are already attacking our bishops for speaking against oppression isn’t that a crisis, ??? So we urge you Madam Mutsvangwa to shut up and allow our bishops to do their job, it is their duty to give you advise and correct you,, The Catholic holy mass is more important than Zanu pf ideologies, we focus on Christ and not on so-called gwara remusangano, and I’m sure you are forgetting that Zanu pf is not Zimbabwe, by attacking the Catholic Church, you have decided to play with fire, you have declared war on Zimbabwe as a whole and the whole world, as Catholic members and Christ-followers, we will not listen to your rubbish, we don’t subscribe to you and we will never allow the devil to attack our church using people like you…..