RBZ under pressure to get things right

Source: RBZ under pressure to get things right – The Zimbabwe Independent 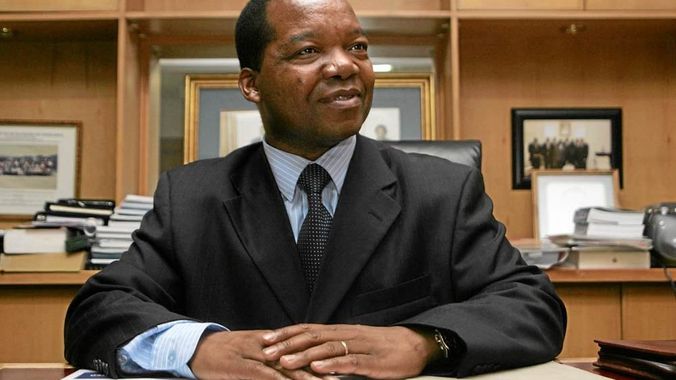 Tipping Zimbabwe’s gross domestic product (GDP) to rise by 1,3% this year following a projected 12,9% slowdown in 2020, the report advised the country to address economic turbulences with more precision to place the country on the path to recovery.

This comes at a time when the central bank is expected to announce the 2021 Monetary Policy Statement (MPS) in the coming few weeks.

Already, there has been a push by analysts for the RBZ to help exporters increase production.

The MPS is also expected to spell out measures aimed at improving foreign currency reserves in the economy.

“Macroeconomic fragility means that monetary policymaking in Zimbabwe will remain challenging over the coming quarters. While the authorities have progressively lifted Covid-19 containment measures, sectors including tourism, non-food manufacturing, mining, financial services, transport and agriculture have been seriously affected by the pandemic,” Fitch said in Southern Africa Monitor, which is an analysis of the region’s economies this week.

While the average exchange rate has remained somewhat steady and is currently at about US$1:ZWL83,37, Fitch expects the parallel market to continue to trade higher.

“We expect the parallel market to continue to trade at a considerable discount to the official rate given continued constraints such as low foreign exchange reserves and thus low levels of liquidity in the system, which will make the exchange rate auction system difficult to operate, and continued prioritisation of foreign exchange allocations, by the central bank,” Fitch said.

“While the RBZ dictates that companies must display prices in local and foreign currency terms at the prevailing market rate, the likely inability of SMEs to access foreign currency at this rate means that a de facto parallel rate will persist,” it said.

The report notes that another major problem is controlling inflation by continually reducing the money supply and reserve money, at a time when the continued depreciation of the Zimbabwe dollar has forced the RBZ to print higher denominated notes.

“We expect average annual inflation to slow further to 136,5% in 2021. This slowdown will reflect a number of factors, including base effects from very high inflation in 2020. However, we also expect some modest progress on constraining the pace of currency depreciation,” Fitch added.

It said given these various factors, the monetary policy is expected to remain “testing” in 2021 with limited foreign currency reserves and weak economic growth prospects.

“The RBZ has made a series of substantial rate hikes and cuts in 2020 — for example, reducing the bank policy rate from 25% to 15% in April, and then hiking the rate to 35% at an unscheduled meeting two months later. It has kept the rate on hold subsequently, and we expect it to make a 250 basis point hike in 2021 as part of efforts to contain inflation,” Fitch said.

“However, we expect foreign currency reserves to remain around 0,3 months of import cover in 2021, implying that the bank also has only limited capacity to shore up the currency. The RBZ’s scope to raise interest rates more aggressively…will be limited, given that such a move would act as a further constraint on already weak growth,” the report added.