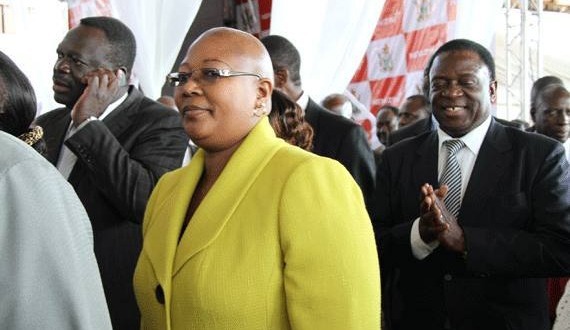 The senators, led by Gideon Shoko, said Chinomona acted unlawfully when she accepted the instruction and effected a declaration from a party other than the MDC Alliance.

“In so announcing our expulsion by a party other than the MDC Alliance, the fourth respondent (Chinomona) exercised a quasi-judicial function under circumstances where she unlawfully failed to hear us or respect our due process rights,” Shoko said in his declaration.

Shoko further said the applicants were members of the MDC Alliance and did not belong to any other political party and certainly not the party fronted by Mwonzora and Khupe.

“The first and second respondents (Mwonzora and Khupe) acted unlawfully, in maliciously generating and dispatching their letter of purported recall dated June 30, 2020 for and on behalf of the third respondent (MDC-T), so relied upon by the fourth respondent,” he said.

“In any event, having been elected at the congress in October 2014, his term of office as an office bearer of the MDC-T expired in October 2019. Factually, we never ceased to belong to the political party that we have been members of at the time we participated in the election, namely the MDC Alliance. The MDC Alliance which sponsored us to Parliament has not recalled us,” he said.

Shoko also said his political party’s name, logo and symbol were different from any other political party and as such they could not be confused with those of the MDC-T.