SADC will urgently resuscitate and capacitate its Force Intervention Brigade (FIB) in order to facilitate deployment in Mozambique. 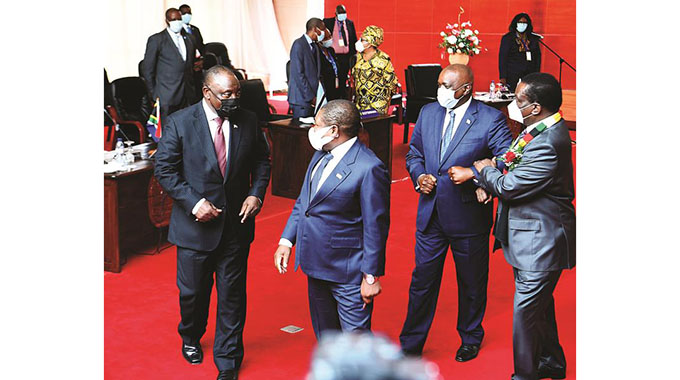 The Southern African Development Community (SADC) will urgently resuscitate and capacitate its Force Intervention Brigade (FIB) in order to facilitate deployment in Mozambique.

The Mozambique government is currently battling insurgents that claim to be affiliated with the Islamic State (IS) in Cabo Delgado.

Speaking after returning from Mozambique for the Double Troika Summit on Thursday, President Emmerson Mnangagwa disclosed that defence and security chiefs have been tasked with implementing the resolution. He said:

First, we had the Troika itself, which sat and adopted the recommendations of the Ministers of Defence and Security which, in the main, included the need to have SADC take responsibility in dealing with the threat in Cabo Delgado, in the sense that SADC, through its Force Intervention Brigade — our SADC force — should be resuscitated and capacitated immediately so that it can intervene.

Later on, we had the Double Troika, which then brings on board the outgoing chair, Tanzania, and the incoming chair, Malawi.

Defence ministers from Botswana, Zimbabwe and South Africa — which currently make up the Organ Troika — will also meet on April 28 to prepare a follow-up extraordinary meeting of the Organ Troika the following day.