Sanctions: Are they back on the excuse table?

Source: Sanctions: Are they back on the excuse table? – The Standard Nov 4, 2018 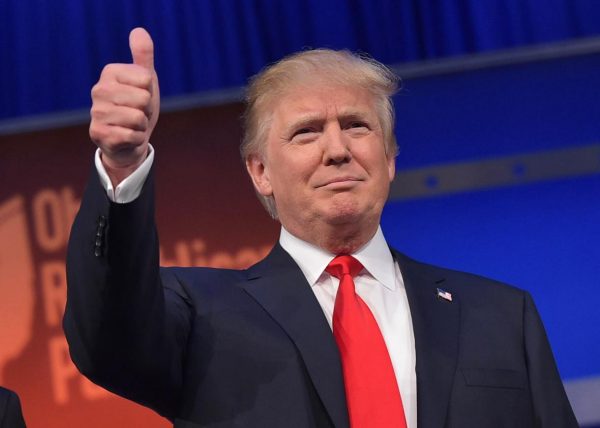 So indeed, just as we warned, the glorious painted picture of the Promised Land was just that: a picture! A phantom. Hallucinating make-believe. Soon, the roaring engines of the bullet trains in the picture would switch off to abrupt dead-silence. Soon, the snaking picture of the spaghetti roads would fade into oblivion. And soon, the multi-mega deals would fizzle into distant rhetoric. Reuuuuben Barwe’s electioneering ngano [folktales], a picture of some sudden influx of stampeding global investors, scrambling and jostling to dumb benevolent loads of their hard-earned savings unto our economy, would grind to a screeching halt, and no sooner be replaced by the reality of long faces, long queues and empty shelves.

Now that you long cast your gullible, I am tempted to say, reckless vote; now that by means fair or foul, state house has been lost and won, perchance your collective election stupor is over. All the grandiloquent promises and lies are happily buried the other side of Priscilla Chigumba on July 30. Now then, yours and my life must continue, much less on the arrogant pfeerorist fantasy, nor indeed on the chauvinist chete-chete magic bullets, but more on the painful, yet realistic basis of that leadership that long prescribed honest, introspective rehabilitation based on national cohesion and sincere consensus-building; based on lean, efficient government and meritocracy; based on demonstrable willingness to sacrifice self, cut extravagance and eradicate graft and based on robust, reconfigured and independent institutions of governance and the state.

As that memorable November 17 anniversary arrives, most Zimbabweans remain in bemused ambivalence, in frustrated uncertainty and in awkward disdain and faint hope in the clutches of a government administration that is, itself in many respects changed and changing, but in equally many respects hamstrung and significantly compromised. Now more than ever, the dance-of-the-blind hits a new “normal” as the smart citizens feel as confused and foolish as the dumb lot act clever and street-wise.

My grand dad always said the beauty of truth is: you don’t have to remember it or repeat it, for it will always be self-evident. A lie, on the other hand, always carries an expiry date with it. It is perishable. It has to be renewed over and over again like “isigamba” [patch], but ultimately, it would give way and expose you.

Like many, I wondered at what point, in the fresh regime of excuses, we would come full circle and rewind Mugabe’s scratched vinyl record of sanctions, sanctions, sanctions! which we so recently dumped as an annoying distraction and a worn-out scapegoat of that deposed, weary dictator and a refusal to confront the glaring internal governance deficiencies of Zanu PF and its government.

We have hardly prosecuted a single of “the criminals around Mugabe”, we have hardly reformed any of our objectionable policies and repressive legislation, corruption and primitive plunder of public resources looms larger now than ever before and we are still pussy-footing around evident state capture and known, daring cartels and criminal blood-suckers of the economy.

This week the hitherto discredited sanctions smokescreen assumed new levels of national significance and drew attention of our gullible media and the interest of our pliable civil society away from the emerging horror of state capture, courtesy of the grand sanctions-must-go endorsement of an iconic opinion leader and respected business mogul, Strive Masiyiwa.

Without doubt, Masiyiwa’s “about- turn” occasioned much disquiet, turbulence and an equivalent measure of excitement in either political divide. The polarised consternation was not unexpected. Needless to say, like every other Zimbabwean, Masiyiwa is entitled to his view on Zimbabwean sanctions. He is entitled to hold or change his view on the matter at his personal whim and needn’t explain his motivation to anyone. Like many of his business ilk would seem to be persuaded, it is business-prudent. It is convenient. It is reasonable and it is sufficient at such political juncture to take the view that sanctions are hurtful and counter-productive and that everything said and done, the Emerson Mnangagwa government must be given a chance to breathe, to survive, to borrow and to resuscitate the economy . . . like other governments elsewhere in the world.

But alas Masiyiwa, we cannot hope to solve our enduring problems while ignoring the very conditions that gave rise to them. Zimbabwe did not suddenly wake up with Zidera and sanctions on her doorstep. A frank introspection and open acknowledgement of the events and circumstances that variously drove the country to its current brink of collapse and those that gave rise to the dreaded sanctions is a necessary precondition to beginning to find any sustainable solution to our challenges.

We need to internalise the demand to eradicate corruption and punish economic and political criminals in our midst as an internal national value and not a US-driven conditionality. We need to pay our debts and cut government expenditure and live within our means to expect to qualify for global support. A legitimate government, born out of credible, free and fair, uncontested elections must be ours and not exogenous bare minimum demand. And so is effective democratisation and the effective respect and protection of human rights. Acknowledging past human rights abuses and committing to a different future must not be lip-service, but it must be a conviction in President Emmerson Mnangagwa’s heart that this sits at the heart of building a common purpose and a sincerely shared national vision.

We may not successfully uncouple economics from politics in the manner the president seems to suggest. The one is prior and necessarily a function of the other.

Mnangagwa is in charge. He has committed to an open democracy as a fundamental pillar of transitional stabilisation. It is within his wilful capacity to deliver effective good governance and, thus, himself give the telling boot to economic sanctions.