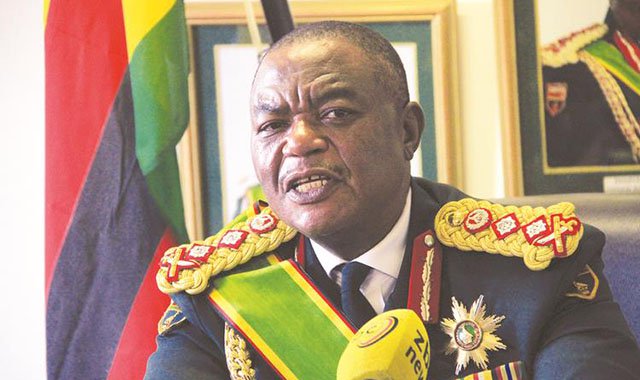 MUTARE – The redeployment of senior army generals into the government and
Zanu PF constitutes the reformation of the security sector. 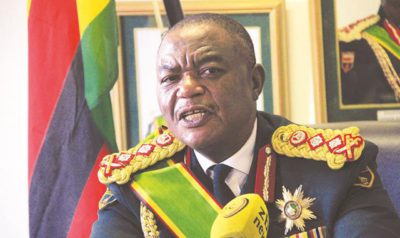 This is the conclusion that has been reached by the MDC’s secretary for
security, Giles Mutsekwa.

Mutsekwa, a former Home Affairs minister and a retired senior soldier,
opines that security sector reforms occur either by retraining the
military or “plucking out” generals perceived to be too political.

He was referring to the retirement and redeployment of several senior
chefs into President Emmerson Mnangagwa’s administration, and the ruling
Zanu PF party.

The most topical has been the retirement of army general Constantino
Chiwenga from the Zimbabwe Defence Forces (ZDF) and his redeployment as
one of the two vice presidents of the Republic as well as Defence
minister.

Following Chiwenga’s retirement from the ZDF, he was replaced by Phillip
Valerio Sibanda.

Perrance Shiri was also retired from the Air Force of Zimbabwe to become
the minister of Agriculture.

The ministry of Foreign Affairs is now headed by Sibusiso Moyo, who was
also retired from the army.

“Transformation comes in different ways. Firstly, you can have it through
retraining and re-orienting the security services. You can also have
transformation by plucking out those that you can identify as more
political than being military. Pluck them out of that field and put them
where they want to belong. That also brings transformation,” Mutsekwa
said.

“I see that as a reform of the security sector…As you are aware, since
we have been in existence as opposition our call has always been that we
must transform the security services in Zimbabwe.

“In this scenario, Zimbabwe is experiencing transformation which the
former president (Robert Mugabe) has been resisting but now if we look at
our scenario you will find that most generals and senior officers have
been moved from the military to take up posts in governance,” he added.

In terms of his interpretation, Mnangagwa has already met a key demand by
the country’s opposition parties that have been calling for security
sector reforms.

Mutsekwa’s pronouncements could, however, place him on collision course
with his colleagues in the MDC who are expressing disquiet over the army
generals’ encroachment into politics.

Only recently, a delegation from the MDC Alliance, of which Mutsekwa’s
party is part of, was in the United States calling for reforms in the
sector.

Mutsekwa is, however, of the view that there was every reason for
Zimbabweans to celebrate the movement of the generals from the barracks
since they had been subject of complaints for always interfering in
politics.

“I want to be positive with what is happening in Zimbabwe because those
that have been asked to join politics have naturally been politicians
anyway but in camouflage so if they are removed from the military and
redeployed to areas where they have always liked more you have made a
transformation in the military,” he said.

Mutsekwa also defended the generals’ involvement in politics saying it was
their constitutional right to do so and that they could even be more
gifted in governance than in uniform.

“Yes we must face it, the politics now has been infiltrated by military
personnel but look let’s place citizens where they can play their role
better and let’s wait and see,” he said.

He, however, said what is most important for Mnangagwa was to state
clearly how he is going to ensure that the 2018 vote would be free and
fair.

“The most important things is that the new administration has got to spell
out how they are going to usher in a new political dispensation. The
president has promised the nation a free and fair election but he has not
told them how that is going to come about and this is our worry at the
moment but let people be assigned to roles that they are most fit for and
let these generals join us in politics and see how they play,” he said.