The life and works of the great Tekno Miles 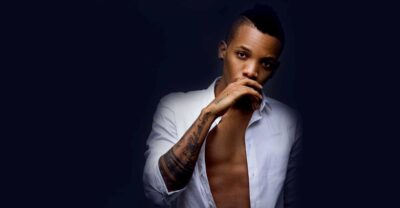 As Bitcasino surges to become one of the world’s leading crypto casinos, Tekno Miles has joined in on the fun and became the official ambassador of the brand.

Per his words and distinctive musical choices, his music had a profound effect on the music business. The story of how he became interested in music is even more fascinating.

Aside from Tekno Miles, Bitcasino partners with esports team, three musicians and a hockey team. This is to encourage more people to embrace the wonders of crypto and the online casino industry.

What made Tekno Miles love music

From an early age, Miles was enamoured with music. He was an avid musician who practised his guitar and piano on a daily basis. With this drive, he decided to enter the music industry. A deal with K-Money entertainment, which tremendously aided his career as a performer, was eventually struck.

The studio believed that he would one day become a household name. His first song, Holiday, was released in 2012. On a tour after his first album was released, he played his track Onye Ne Kwu.

A renowned comedian, Julius Agwu, and many other celebrities were captivated by the album’s performance in terms of sales and audience captivation. This came about after he signed a recording deal with the manager of Made Men Music Group, Ubi Franklin, in 2013. However, soon after, he left.

To improve his music career, Tekno Miles relocated from Abuha to Lagos. There was not much time for him to release new music before being nominated for the 2014 Nigeria Entertainment Awards in the Best New Act of The Year category.

The early rise of his music career

Miles’ career took off with the publication of his 2015 album Duro. His new song not only topped the Nigerian music charts, but it also came in at number five on Capital XTRA’s Afrobeats Chart: Top 10!

His popularity soared as a result of the song’s wide distribution through radio and television, which helped garner a large audience for it. His popularity extended beyond Nigeria to include the United States.

Duro’s YouTube video has over 84 million views and topped several charts in Nigeria and throughout the world. In 2015, Phyno and Flavour collaborated on a remix of Duro’s song, which was the first time the song has been covered.

It was later that year when DJ Coublon, a multi-platinum-selling songwriter and producer, released a song called Wash, which was produced by him. Tekno Miles had an impressive discography, but he was not nominated for any significant international prizes since he lacked a full album, a requirement for consideration.

Nevertheless, he continued to inspire people with his songs, leading him to release his long-awaited album, Old Romance, in 2020. With a total of 13 songs on the album, it includes hits like Uptown Girl, Addicted, SKu SKu, Designer, and more.

Old Romance is the only album he has released so far, but he is expected to release more as he continues to dominate the music industry.

Tekno Miles is one of Bitcasino’s ambassadors. As one of the world’s top crypto casinos, Bitcasino has given players the option to wager on a variety of gambling and e-gaming events using their cryptocurrency of choice.

Also, Bitcasino gamers will be able to enjoy unique experiences thanks to the expertise of the artist. When it comes to promoting a casino, Bitcasino is fortunate to have such a talented individual as an ambassador.

‘Bitcasino is a fun, quick, and fair site to play and I am delighted to join the team’, according to him when questioned about his new role as worldwide ambassador. ‘It’s an honour to work with the greatest crypto-led casino in the world; it’s a game-changer in West Africa and much beyond’.

The Yolo Group created Bitcasino in 2014, and it quickly became the most popular Bitcoin casino. With more than 2,800 games from a variety of leading suppliers in the casino industry, including slot machines, table games, and live dealer games, the site has something for everyone.

New features and promotions, as well as their cutting-edge platform, are all designed in-house to meet the specific demands of players.