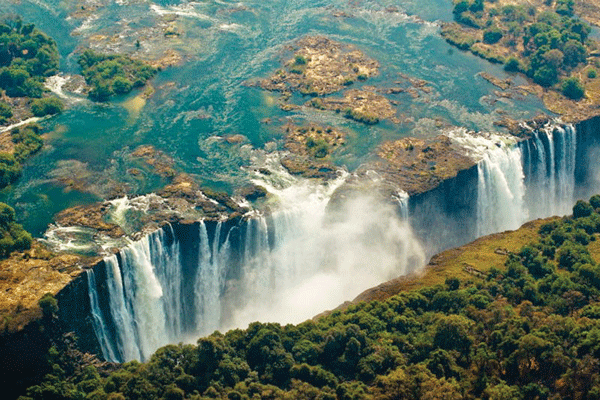 BIG publicly-listed Zimbabwean firms and foreign firms may dominate Victoria Falls Stock Exchange (VFEX) as most domestic companies only fall into the profile of start-ups that require alternative sources of capital, not initial public offerings (IPOs), a new report indicates.

The new exchange was launched in the resort town on Friday with Seed Co International as the only counter.

Government hopes to inspire the emergence of new public listings revolving around private enterprises that have struggled to expand due to hard currency shortages.

But already, the list of firms that have expressed their interest to list on the new exchange span from resources companies in Australia and a few in Canada with stocks already publicly trading.

At home, the market has not been treated to shocks and surprises about the VFEX, even as the hype permeates across global markets, igniting the attention of multinationals and fund managers.

In its report, Access Finance said a stock exchange, while still important, may not address the requirements of Zimbabwe’s start-ups.

“Before becoming ready for an initial public offering (IPO), many firms go through a life cycle with each stage capable of being classified by risk profile and a certain type of investment being suited to it,” Access said in its report titled ‘Economic Musings; Of the Victoria Falls Stock Exchange and Capital Flows.

The final stage of the cycles was “high growth”, where firms can start considering IPOs or bank debt for expansion.

“Most firms in Zimbabwe fall in the start-up and expansion stage. At those stages of development valuation, bespoke financing and capital structures, management assistance and operational improvements are key for the firm’s growth. Capital market participants best suited to this profile are private equity firms in their various forms and investment banks.

This is where a glaring gap exists in the market. This gap is specifically around the availability of these institutions and asset classes to parties with capital that can be directed to same for ready deployment into suitable businesses,” said Access.

“The authorities are encouraged to take a long-term view and compound the gains of creating the exchange to address various factors that make an OFC (offshore financial centre) attractive. Various local financial market participants are also encouraged to broaden their service offering with authorities affording the same consideration given to VFEX regarding regulation,” said the report.

“This would result in easier participation in asset classes such as private equity funds and increase flexibility in offering of investment banking products,” it said.

VFEX was created to facilitate foreign currency inflows into Zimbabwe, where companies struggle to access the greenback for their operations.

Government says it wanted to come up with a market that was a reliable conduit for foreign direct investment and foreign portfolio investment.

“An analysis of some of the prominent OFCs reveals traits that make them attractive to investors. According to the International Monetary Fund, OFCs focus on the provision of financial services to non-residents, that is, the export of financial services. Specifically, an OFC is a country or jurisdiction that provides financial services to non-residents on a scale that is incommensurate with the size and the financing of its domestic economy. Key traits of an OFC have been identified as…primary orientation of business toward non-residents, favourable regulatory environment (low supervisory requirements and minimal information disclosure) and low-or zero-taxation schemes.”
Acess said VFEX’s success would also depend on early listings.