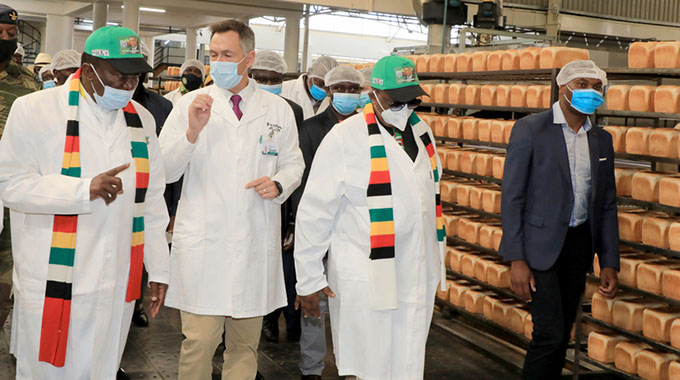 ZIMBABWE is on course to an unparalleled economic rebound built on the foundations of Government’s reform programme, which has stabilised the economy over the second half of the year, President Mnangagwa has said.

In an address which touched on themes ranging from ruling party zanu pf party’s internal politics and socio-economic issues, to a specially convened Mashonaland East Provincial Coordinating Committee (PCC) meeting in Marondera yesterday, the President said the country is on firm ground for a rebound.

Government will not be deterred by economic sanctions, which have deprived the country of international financial support, but will, in fact, harness local resources for development, said President Mnangagwa,

Interventions and reforms on the macro-economic front over the last two years have brought indisputable evidence that the country is moving forward.

“The 2019 National People’s Conference held in Goromonzi and the resolutions made there, urged us to strengthen the party and to remain focused and united towards growing as well as modernising, industrialising and developing every sector of our economy,” said the President.

“Under the Second Republic, we are about action, action and action; production, production and production, not just talk, we are on the move. We are moving forward, success is now evident, even if some newspapers are desperate to paint a sad picture, we will continue to succeed.”

Zanu PF and Government were action-oriented and geared to deliver growth development.

“In spite of the sanctions we are delivering visible results. The Transitional Stabilisation Programme has delivered.

“I commend the party for denouncing sanctions on 25 October. Africa and the progressive world stood with us in calling for the lifting of the sanctions,” said President Mnangagwa.

He said the resolution by Sadc Heads of State and Government to declare October 25 as a day to show solidarity with Zimbabwe against economic sanctions was historic.

“For the first time in nearly 20 years, SADC stood together and made a resolution in Dar es Salaam and denounced sanctions in all SADC capitals. We thank them for the support. Our economy is now on the move. We have achieved a number of milestones.

The Foreign Currency Auction System introduced in June, said the President, has stabilised the exchange rate and prices of goods and services.

“We had a problem with inflation and what was happening in our economy until we discovered the source of the problem and we plugged those loopholes. Those who were behind the menace who have not yet been arrested will be arrested.

“We put restrictions on mobile money transfers and some of you were infuriated by that decision but that did not deter us because we knew that we were doing the right thing for our economy.”

He added: “When we unite and share ideas we can build this nation on our own.”

The President said the successful rehabilitation of over 100km of the Harare-Beitbridge Highway through local contractors was evidence that locals can develop the country.

Turning to the party’s internal politics, the President said the forthcoming District Co-ordinating Committee (DCC) elections would strengthen the party’s mobilisation machinery ahead of the 2023 harmonised elections.

He warned candidates to desist from name-dropping, adding that winners should be prepared to work hard for the party.

“As you are aware, we are implementing our decision to reintroduce DCCs hence the DCC elections will be held in all provinces. DCCs must facilitate mobilisation, organisation and co-ordination of our party members.”

The President said DCCs should never be used as a tool for power politics and power games.

“Candidates who stand in these elections must be prepared to work as servant leaders of the people.

“Those who are not prepared to work must not come near DCCs; we want leaders from the people and NO to the imposition of candidates.

“Party leaders and candidates are reminded to be disciplined as they conduct the affairs of the party or stand for positions within the structures. No name-dropping and do not put the party into disrepute.

“The DCCs are not the first elections and will not be the last. The party is bigger than all of us. Infiltrators, deceivers, opportunists, saboteurs and the G40 cabal must never be allowed to succeed.”

“Let me categorically point out that we tend to gain more by being united than divided,” said the Vice President.

“There is no room for factionalism at any level in the party. We are a patriotic front that derives its strength from its unity.

“A party that cannot be undermined by being defined in the confines of individuals. I repeat, no factionalism in the party.

“Our loyalty is not to individuals, but to the bigger agenda which is larger than us; that of the party and the people of Zimbabwe.”

VP Chiwenga said name-dropping during DCC election campaigns was retrogressive and a source of divisions.

Earlier in the day the President and his delegation toured Proton Bakery, the country’s third-largest bread manufacturer.