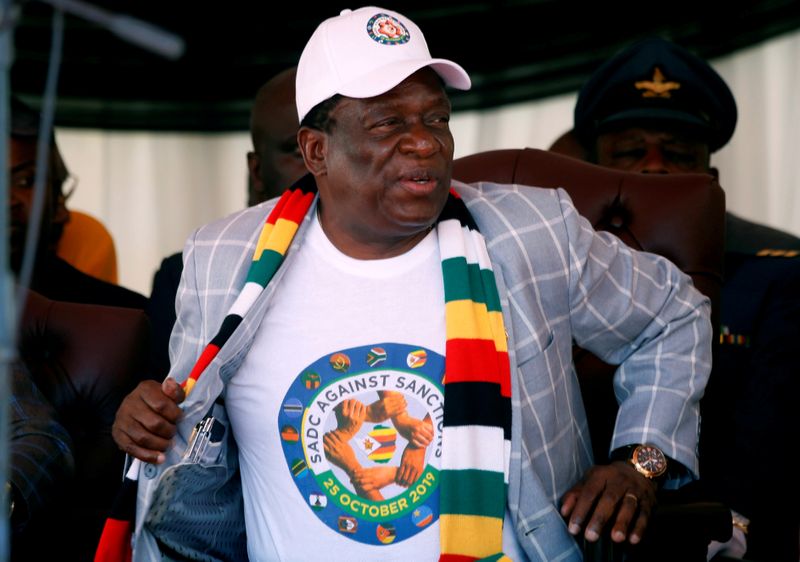 HARARE (Reuters) – Zimbabwe’s state security minister on Monday alleged a plot by “rogue elements” in the opposition working with Western governments to smuggle in guns and foment chaos, signalling another possible crackdown.

Without providing evidence, Owen Ncube told reporters the plot was part of a wider plan to oust President Emmerson Mnangagwa and his government illegally.

Similar accusations have been made against the opposition in the past since the time of former President Robert Mugabe, usually as a precursor to a crackdown.

“We are committed to non violence,” he tweeted.

Accused of being no better than the authoritarian Mugabe, the Mnangagwa government has since July detained and charged several politicians, anti-government activists and a journalist, accusing them of inciting violence and planning protests.

That has drawn criticism from Western embassies in Harare.

“Some rogue elements among us are conniving with some hostile Western governments to smuggle guns and set up so-called Democratic Resistance Committees, that are for all intents and purposes violent militia groups,” Ncube said.

“These plans are key components of ‘Operation Light House’, the brainchild of one Western power that seeks to destroy the democratic foundations of Zimbabwe, make the country ungovernable and justify foreign intervention,” he said, without naming the country accused.

His comments came after the National Security Council in July denied that Mnangagwa faced a military coup.

He faces growing anger over the worst economic crisis in more than a decade, marked by inflation above 700% and shortages of foreign currency and medicines in public hospitals.