10 of Our Best Reads on Zimbabwe 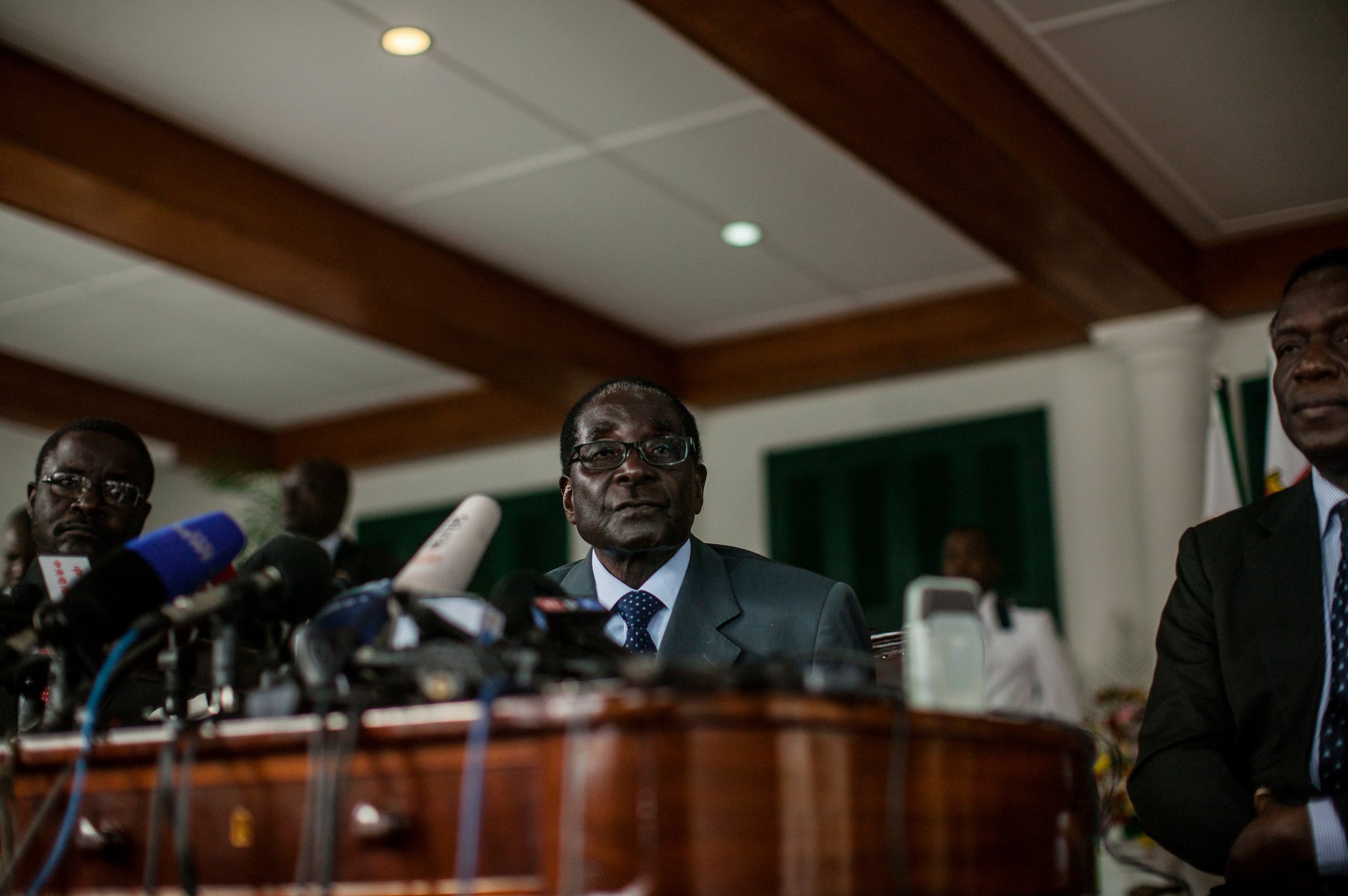 Source: 10 of Our Best Reads on Zimbabwe – The New York Times

The news that President Robert Mugabe has resigned in Zimbabwe is a pivotal moment in the southern African nation’s history.

Mr. Mugabe is the only leader Zimbabwe has known since it achieved independence in 1980. Formerly known as Southern Rhodesia, the country was ruled by Britain and later by a white-minority government that was shunned by the international community.

But under Mr. Mugabe’s party, ZANU-PF, a once-wealthy nation saw its economy steadily deteriorate, and the governing party became consumed by infighting.

Here is a selection of in-depth articles about the country since 2010:

Behind Mugabe’s Rapid Fall: A Firing, a Feud and a First Lady

The chain of events leading to Mr. Mugabe’s downfall started on Nov. 6, when he fired his vice president, Emmerson Mnangagwa, a close ally of the military, and then tried to arrest the nation’s top military commander a few days later.

Mr. Mugabe had finally come down against the military and its political allies in a long-running feud within the governing party.

Mr. Mugabe’s wife, Grace, a former typist, emerged as a power in her own right this year as she began to position herself as a possible successor to her aging husband.

Her political maneuvering with allies in the G-40 faction — so called because many of its members were in their 40s — angered veterans of Zimbabwe’s war of liberation, many of whom remained loyal to Mr. Mnangagwa.

With Little Choice, Zimbabweans Hurtle to a Cashless Economy

Despite the spread of cheap smartphones in recent years, Zimbabwe remains low-tech. Blackouts are part of everyday life.

But the country is hurtling toward a plastic future for a simple reason: It is running out of cash, specifically the American dollars it adopted in 2009 before abandoning its own troubled currency.

Anxious about their nation’s political and economic troubles, many Zimbabweans have been hoarding dollars or taking them out of the country. Banks have slashed withdrawal limits, and A.T.M.s now sit empty.

‘No One Is Safe’: Zimbabwe Threatens to Seize Farms of Party Defectors

Zimbabwe made international headlines when it started seizing white-owned farms in 2000. The latest people to have their farms seized are not white farmers, but dozens of political figures who have fallen out of favor by defecting from ZANU-PF.

With the economy in peril, and the party split in a scramble for power, land is being used as a vital tool in the struggle for control.

A Mugabe Ally, Later Cast Out, Vies for Power

A veteran of Zimbabwe’s war of independence, and the widow of an even more famous freedom fighter, Joice Mujuru once considered like a daughter to Mr. Mugabe. She rose to become vice president and was destined, it seemed, to succeed him.

But in 2014 she was ousted — Mr. Mnangagwa replaced her — and purged, accused of plotting a coup, performing witchcraft and wearing miniskirts. Instead of licking her wounds, she founded a rival party, Zimbabwe People First, and vowed to compete in the 2018 election.

As Mr. Mugabe has grown visibly weaker, talk of his death has dominated the private conversations of the governing class, leading to some cutthroat maneuvering for the endgame.

To many Zimbabweans, the president’s decline has been obvious. The same man who unyieldingly defied the West, who outwitted or ruthlessly crushed his opponents for decades while leaders in other countries were felled in coups, has been caught on video stumbling or dozing off during public events.

Morgan Tsvangirai’s Movement for Democratic Change has been the major opposition party challenging Mr. Mugabe’s ZANU-PF. But ahead of the 2013 elections, there was widespread disenchantment with Mr. Tsvangirai’s movement.

Four years of governing alongside Mr. Mugabe — and in some ways, analysts say, being co-opted by him and his allies — took a toll on its reputation.

Before Zimbabwe’s government began the violent and chaotic seizure of white-owned farms in 2000, fewer than 2,000 farmers were growing tobacco, the country’s most lucrative crop, and most were white.

Today, 60,000 farmers grow tobacco here, the vast majority of them black and many of them working small plots that were allotted to them in the land upheavals. Most had no tobacco farming experience yet managed to produce a hefty crop.

The success of these small-scale farmers has led some experts to reassess the legacy of Zimbabwe’s forced land redistribution, even as they condemn its violence and destruction.

Art Exhibit Stirs Up the Ghosts of Zimbabwe’s Past

Government efforts to bury history instead provoked slumbering memories of the Gukurahundi, Zimbabwe’s name for the slaying and torture of thousands of civilians in the Matabeleland region a quarter-century ago.

Soldiers trained and equipped by North Korea killed at least 10,000 civilians in the Ndebele minority between 1983 and 1987.

In 2010, Zimbabwe was poorer than any of the 183 countries the United Nations had income data for.

It was also one of only three countries in the world to be worse off now on combined measures of health, education and income than it was 40 years ago, the United Nations found.

For many rural Zimbabweans, cash remained so scarce that the 85-bed Chidamoyo Christian Hospital allowed its patients to barter. Studies found that fees were a major barrier to medical care in rural areas, where most Zimbabweans live.