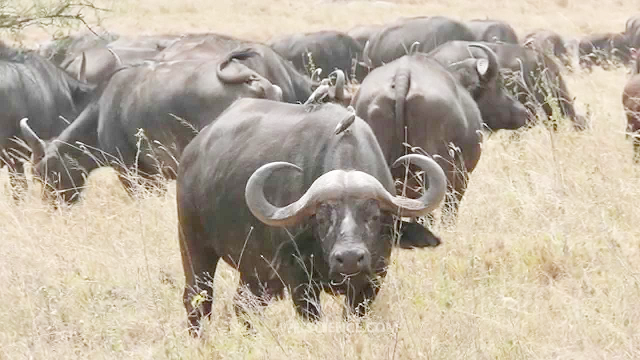 Fairness Moyana, Hwange Correspondent
THE restocking of wildlife in Sidinda area in Hwange by Zimbabwe Parks and Wildlife Authority (ZimParks) has started with the first batch of 100 buffaloes delivered last week.

The buffaloes will be part of nine species of wildlife that will be kept at the conservancy. The project which falls under the Hwange Sanyati Biological Corridor (HSBC) and targeting Hwange and Tsholotsho districts is meant to ensure that communities derive benefits from the resource. In Hwange, Sidinda Ward was selected for restocking with different species that will be managed by the community.

Hwange Rural District Council chief executive officer, Mr Phindile Ncube said preparations for the capture of animals were on course with the first consignment of buffalo having been relocated to the site.

“All is set for the restocking of the area, the exercise has commenced in earnest with the relocation of 100 buffaloes having been completed and these animals are now in Sidinda. We started off with this big game because their capture requires specialised equipment. Whatever is remaining ZimParks will be capable of carrying out the exercise. I am optimistic that by the end of this year all expected species will have been relocated to this site,” said Ncube.

Some of the animals expected to be delivered in the area include zebra, giraffe, impalas, sables and bushbucks among the many grazers and browsers. The project which also echoes into the new dispensation mantra that “Zimbabwe is open for business” under the Command Wildlife tag will see the community realising benefits through hunting and photographic safaris.

Earlier this year officials from ZimParks, local authorities and traditional leaders toured two completed base stations which will be used for anti-poaching processes by rangers drawn from the community. ZimParks acting director responsible for conservation, Mr Arthur Musakwa is on record as saying the project would be rolled out in phases with the species mostly made up of plains game.

“We are going to be restocking Sidinda Ward with non-carnivorous animals mostly grazers and browsers and this will be done in phases. We realised that the only way people can conserve wildlife is to ensure that they get direct benefits from wildlife management. The community here must be applauded for having maintained their ecosystem, which has been very suitable for turning Sidinda into a sanctuary,” he said.

ZimParks has already trained community game scouts in resource protection among other things. The animals will be kept in holding bomas over a period of three weeks before they are released into the wild to allow them to acclimatise and adjust to the new environment.