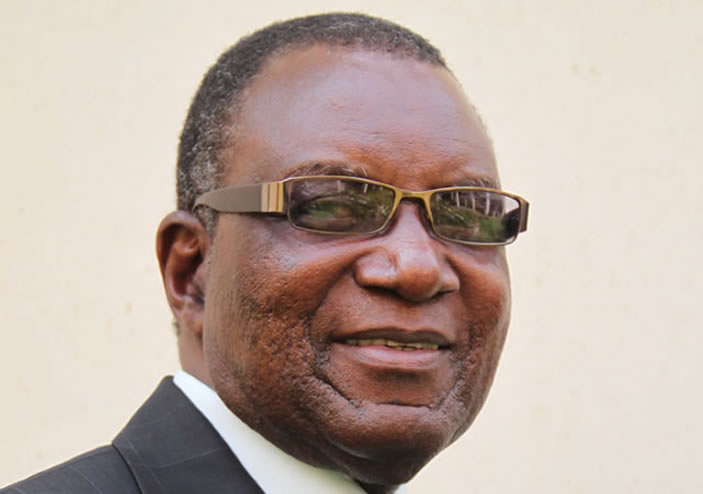 Dumisani Nsingo, Senior Reporter
THE Parliamentary Portfolio Committee on Transport and Infrastructural Development has instituted an inquiry to ascertain the state and standard of the 800-kilometre Plumtree-Mutare Highway after complaints that the road was already in need of rehabilitation before it is officially handed over to Government.

The rehabilitation of the Plumtree to Mutare highway began in 2012 after a $206 million loan secured from the Development Bank of South Africa. The project was undertaken by Group Five International working with Zinara.

Speaking in an exclusive interview with Sunday News on Thursday last week, chairman of the Parliamentary Portfolio Committee on Transport and Infrastructural Development Cde Dexter Nduna (Zanu-PF) said Parliament was scrutinising the workmanship and due-diligence issues pertaining to the construction of the highway after a number of complaints from motorists and stakeholders.

“We are interrogating the quality and workmanship on the Plumtree-Mutare highway. A lot of sections of that road are now unravelling or they are becoming dilapidated before the commissioning of the road. The shelf life of a road is supposed to be a minimum of 10 years but look the road was started in 2012 and now its six years down the line, we have a lot of flaws emanating from the construction and the integrity of the road leaves a lot to be desired,” said Cde Nduna.

“We got people coming with money and engineers whose credentials were not even interrogated. There was no involvement of the ZIE, which plays an oversight on all engineering projects. They (ZIE) are established by an Act of Parliament and there are adjudicated by the Ministry of Local Government and they were supposed to get a percentage, one or five of the project sum of any infrastructural development project so that they carry out their mandate,” said Cde Nduna.

Transport and Infrastructural Development Minister Dr Joram Gumbo could not be drawn into commenting on the state of the rehabilitation work being carried out on the road stating that the Government was waiting for the contractor to complete and handover the project for commissioning.

“We are waiting for those that were contracted to carry out the work on the road, which is Group Five to tell us if they have completed and then we can commission it. There are many areas that still need to be looked at which include setting up of lay-bys as well as road shoulders. I can’t comment on the nature of the work because that will be unprofessional as they are still to hand over the road to us,” said Dr Gumbo.

However, Cde Nduna said Intertoll Zimbabwe and Univern Enterprises were also still to honour part of their terms of agreement in the project.

“The other issue which we are engaged in is to see if those who said they are going to do have carried out their duty. We had Intertoll coming into Parliament and tabled a report in Parliament that speaks to the establishment of Accidents Victims and Stabilisation Centres and all toll gates and all toll plazas. There are nine toll plazas along the Plumtree- Mutare highway, there are 17 tollgates in other roads run by Univern. So these two entities have alluded to the fact that they are able to establish Accident Victim Stabilisation Centres at their tollgates, this is to mitigate and ameliorate the issue of those involved in road carnages and road accidents as you are aware that 70 percent of people die due to road accidents. They die because they would not have reached places of hospitalisation,” said Cde Nduna.

He said a report tabled in Parliament states that the departments are allocated 4,5 percent from the 12,5 percent accident remittances from insurance companies.

“The report we have tabled speaks to the issue of 4,5 percent being given to that department to establish those road Accident Victim stabilisation centres out of the 12,5 percent accident remittances arising from third party insurance from all the insurance companies…that report has been put in Parliament and tabled, we are certainly awaiting the responses positively. Zimbabwe has got five deaths per day and that’s too much against a global average of three deaths per day. So we need to move with the global trends and make sure we use what we have to get what we want,” said Cde Nduna.

President Mnangagwa, when he was still Vice-President in 2016 said the Government was regretting awarding a tender for the upgrading of the road to Group Five of South Africa, saying the country did not get value for money from the deal. He said some locals were bribed to cover up for the mischief of the contractors. Cde Mnangagwa said the Government felt cheated but was “now alert”.

“We don’t want a repeat of what happened this time. This is why it is now difficult for those guys to get into our projects,” he said then.-@DNsingo