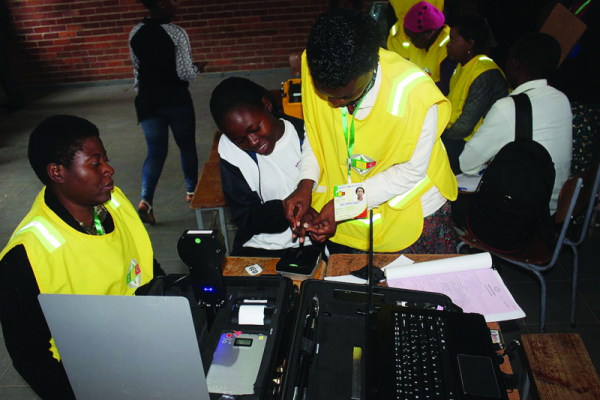 BY PROBLEM MASAU
THE Zimbabwe Electoral Commission (Zec) has published names of more than 32 000 deceased people removed from the voters roll ahead of the 2023 general elections.

In a notice in this week’s Government Gazette, the electoral body listed names of voters who were in the 2018 voters roll, believed to be now late.

Zec said individuals, whose names had been wrongly captured as dead, had seven days to raise objections.

“It is hereby notified, in terms of section 33(4) as read with section 27(1) of the Electoral Act, that voter registration officers have reason to believe that the persons whose names are listed in the First Schedule, and who were registered as voters for the constituencies, wards and polling stations listed therein have died. The names of those persons will be removed from the voters roll unless notice of appeal is given to Zec,” the notice read.

Zec commissioner Joyce Kazembe told NewsDay on the sidelines of the delimitation exercise workshop that the electoral body gets names of all deceased people from the Registrar General.

“We do not have the capacity to know who is alive and dead. Those figures are not primarily sourced by Zec; we get them from the Registrar General. Once we are given, we go back to our voters roll to remove the deceased,” Kazembe said.

Election Resource Centre programmes manager Solomon Bobosibunu welcomed Zec’s move to clean the voters roll, but he urged the electoral body to engage other stakeholders over disputes arising from the roll.

“Having put it in the Gazette is part of the compliance that we are always checking out for, and that is an important step in ensuring that there are no contests that arise around the voters roll,” Bobosibunu said.