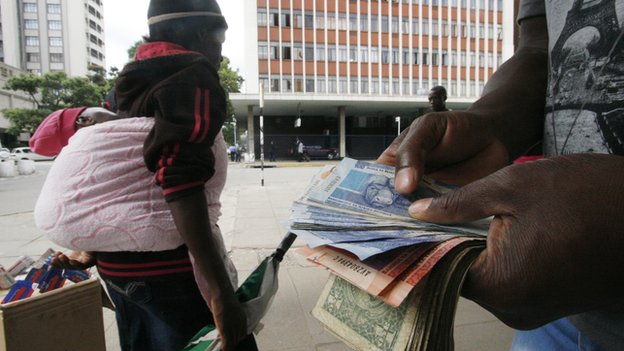 Presenting before the Parliamentary Portfolio Committee on Finance and Economic Development on January 14, pensioners submitted that they have been prejudiced of their pension benefits for many years, with attempts to compensate them being thwarted.

Despite its shortcomings, the Justice Smith Commission report confirms the prejudice suffered by pensioners and insurance policyholders and recommended their compensation.

The Insurance and Pensions Commission (Ipec), the very institution that is supposed to protect pensioners, apparently abetted by officials in the Finance Ministry (the mother body), is for the umpteenth time blocking and frustrating pensioner compensation.
In essence, the problem of pensioner prejudice is a direct result of a corrupt Finance Ministry and government without appropriate checks and balances.

In their private meetings, pensioners have reported appealing to their various respective Members of Parliament, and noted that despite the noise they have been making over the years, it has (until January 14), been rare for an MP from these political parties to voluntarily and stridently call for the resolution of the pensioner problem.

Ppensioners are questioning why Zanu PF, the MDC and other political parties have not, for these many years, categorically campaigned to help out pensioners in national elections and in parliamentary debates.

The problem faced by pensioners and insurance policyholders is staggering and demands urgent attention by the legislature, the justice system (the judiciary) and by the executive (government).

Describing the scale of the problem to the Portfolio Committee, Zimbabwe Pensions and Insurance Rights Trust (ZimPIRT), a pensioner representative group, cited causes of pensioner prejudice, ranging from outright wrong benefit calculations, total disregard of pensioner rights, financial property rights, a slow and user-unfriendly justice system, overcharging of pension funds by insurance companies, irregularities in the management and regulation of pension or insurance funds, and the pensions and insurance sectors overall.

These causes have been in operation for some time, while the Finance Ministry and Ipec turn a blind eye. Consequently, ZimPIRT estimates that the pension and insurance sectors should be worth upwards of US$15 billion, as contrasted to the US$7,5 billion claimed by Ipec.
In the circumstances, the pensions and insurance sectors are inhibited and impeded by Ipec, Finance Ministry officials and government, from executing the financial intermediation role it is known to play in other progressive economies for the benefit of these economies — the two sectors are ‘suppressed’ in technical parlance.

A significant number of parliamentarians may also be prejudiced, as some members of the Portfolio Committee intimated in the meeting, and so are significant proportions of their constituencies.

Despite the clarion call from pensioners for this problem to be resolved, despite some parliamentarians and their constituencies being directly affected, pensioner prejudice, hence problems faced by pensions and insurance sectors, do not seem to feature in the election manifestos of Zanu PF, MDC and other political parties.

Political parties are not forcefully, publicly articulating the problem and their proposed solutions when they get into government, and/or the political parties do not understand the problems and would rather be mum about it, leaving it to the government of the day to do as it pleases.

As it turns out, the pensions and insurance sectors are not the only sectors ignored by parliamentarians apparently unconcerned by problems caused by inefficiencies of the executive — all other sectors such as agriculture, education, industry and technology, mining, among others, appear to be ignored by the parliamentarians and the entire political system.

Government, in turn, has floundered as officials in ministries such as Finance engage in corruption to prejudice pensioners, for instance. It is clear to every member of the public that the economy has stagnated, if not sliding back to the ravines, thanks to corruption and inefficiencies of the executive.

Failure by MPs to tackle the problems faced by pensioners is a clear sign that the political parties are out of touch with reality.
Political parties may therefore not be in touch with problems faced by their constituencies, as brought about by the inefficiencies of government. It, however, looks like the portfolio committees do not always get to appreciate the full scale of underlying problems, as they apparently rely on government information, often downplaying, even ignoring, information from public consultations with constituents.

Government, through line ministries, often takes advantage of this blind trust by parliamentary portfolio committees, and acts corruptly in self-interest against the public interest such pensioners’ compensation.

The side-stepping of pensioners’ concerns expressed in the May 2018 portfolio committee meeting, the railroading of the Justice Smith Commission report, inappropriate recommendations into the Transitional Stabilisation Programme and ultimately in the 2019 national budget, all point to the adverse effects of leaving it all to the portfolio committees.

As the portfolio committee deliberates on the resolution of pensioner prejudice, pensioners in the provinces of the country must forcefully appeal to their MPs for compensation to be processed urgently, and, in the same breath, name and shame any MPs ignoring or resisting this appeal.

Generally, members of the public adversely affected by problems caused by inefficiencies of the executive in the various economic sectors must appeal to their MPs; name and shame them if they are not forthcoming. That way, political parties whose MPs are not forthcoming should be blacklisted and prevented by voters from getting into government in the next elections.