After enjoying his first season in Aston Villa, Zimbabwe star Marvelous Nakamba is now going through trouble, as the fans of this club started a “racist” chant. He had an amazing start in the English Premier League this season, and hopefully, all this fuss is not going to affect his more than decent appearances. Fans from Birmingham have used inappropriate language to sing his praises which can be considered racist. His name appears at the end of the song in question, which also includes John McGinn, Nakamba’s teammate. 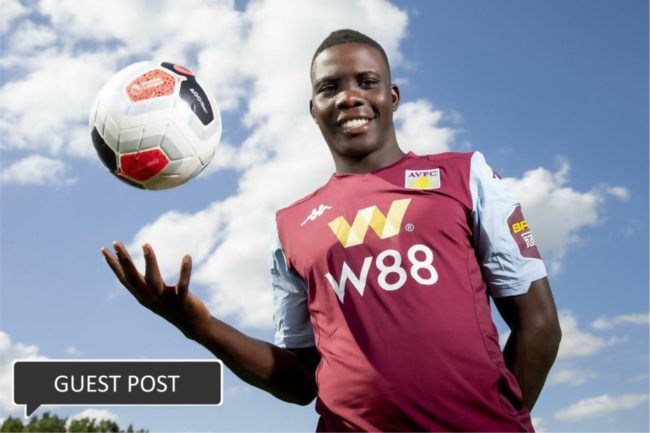 There are so many references pointed to slavery and Rastafarianism, so the club board simply had to reach. The video went viral as the song right after Aston Villa demolished Norwich City 5-1, and it’s been beyond control since then. It was retweeted and shared more than ten thousand times, so don’t be surprised to find it on football or fan forums as well. There were arguments that song has nothing offensive, but Aston Villa representatives reacted to Marvelous Nakamba song, condemning it of course. Is this going to have an impact on the team results? William Hill are having a great variety of odds for the English Premier League.

An official statement was issued a day after the video went viral and club members are urging fans to stop singing it, especially during the games. Security staff and stewards will be extra cautious in the upcoming matches and will react on any attempt to repeat this chant. Anybody doing so will be sanctioned immediately and severely. The club wholly condemned the song, and there might even be some severe penalties for those who don’t obey the plea. This news was also carried by telegraph.co.uk.

On the other hand, Marvelous Nakamba says he is trying to stay away from all this drama and focus on improving his form. He doesn’t seem worried at all, and it appears the team atmosphere is on a very high level after causing so much damage and trouble to Liverpool FC last weekend.

Fans definitely should find another way to support their favorite squad – chants like this one are just not going to result in anything good. Former Aston Villa forward Stan Collymore, who has been on the receiving end of racism from fans himself, commented on this situation too, condemning it and adding things like this, should be left out of a football pitch. Aston Villa are currently sitting in the 16th position with 11 points, only five behind 6th placed Sheffield United. They are also not far away from the relegation zone, so we are definitely going to have one super-interesting football season in England.

Although this doesn’t seem too serious since Aston Villa fans have chosen an ultimately inappropriate way of singing up praises for their player, behaviour like this need to be kept under control in order not to become a big issue. Bettors in Zimbabwe are not boycotting EPL in any way because of this, which means betting and lottery are still very popular. Follow all the latest news on our website.