Upgrading of the country’s busiest inland port of entry and one of SADC’s key transit points is progressing steadily with the freight terminal expected to be complete by September.

The project is expected to be complete next year as the New Dispensation works to promote the ease of doing business and trade facilitation.

Civil works went a gear up early this year after the Zimborders Consortium secured nearly US$300 million for the project.

The consortium is made up of a group of Zimbabweans, South Africans, international entrepreneurs, financial institutions and experts. 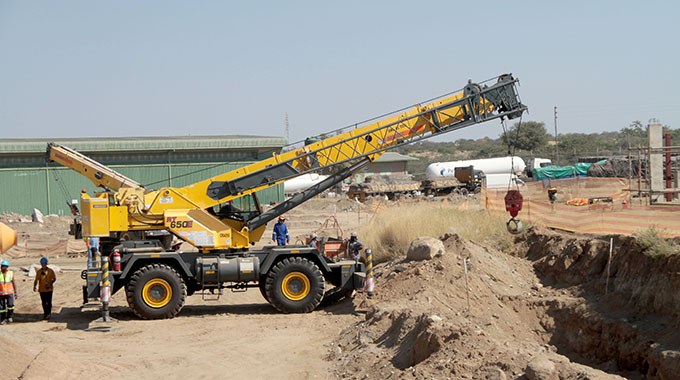 Some of the ongoing rehabilitation programme at Beitbridge Border Post. The rehabilitations to the border are expected to be completed late next year. The tour was graced by Transport and Infrastructural Minister, Felix Mhona.- Picture: Edward Zvemisha.

Government said it is pleased with the progress so far regardless of Covid-19 challenges.

During his tour to have an appreciation of the project, Transport and Infrastructure Development Minister Felix Mhona said the project is beneficial not only for the country, but to the SADC region as a whole.

“We have been briefed that by September this year, they will actually open for the freight terminal and next year in November, they will be done with the whole project. 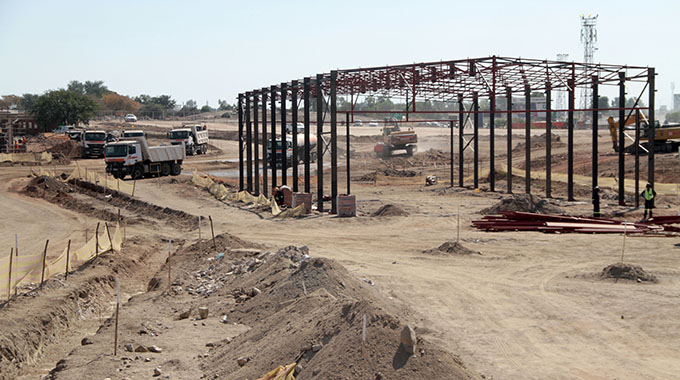 Some of the ongoing rehabilitation programme at Beitbridge Border Post. The rehabilitations to the border are expected to be completed late next year. The tour was graced by Transport and Infrastructural Minister, Felix Mhona.- Picture: Edward Zvemisha.

“I am happy with the progress, you know because of the advent of Covid-19 pandemic, the progress was slowed down, but now there is serious work going on.

“I was also worried about the time frame, but they have assured us that they will be on time,” he said.

Minister Mhona said such a massive project is a clear testimony that the New Dispensation under President Mnangagwa is committed to improving the lives of the people.

“I want to thank President Mnangagwa for this massive project. This gives confidence that he is not just talking, but is actually doing the work as he has promised in manifesto, to say we need to make sure the people of Zimbabwe are always in a stable environment and they enjoy their facilities.

“If we move with this kind of development, I am sure we will be the envy of the region,” Minister Mhona said.

It is envisaged that the volume of humans and cargo will increase five times when the project is complete.

President Mnangagwa laid the foundation for the project to take off in July 2018 and said the initiative was in line with enhancing the ease of doing business.