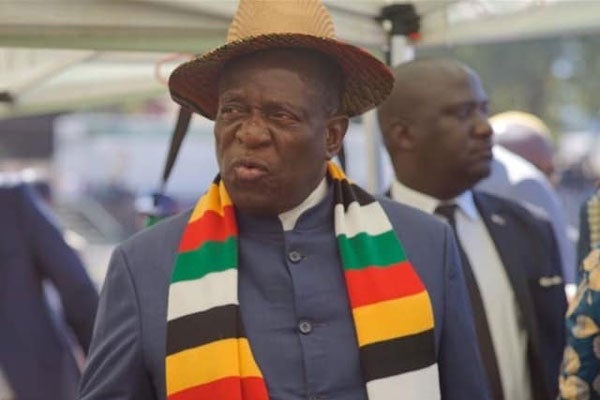 Zanu PF youth league secretary Pupurai Togarepi yesterday fought in his deputy Lewis Matutu’s corner, saying those who had allegedly threatened him with death had crossed a “Rubicon line”.

Matutu caused a stir recently when he claimed on social media that the parallel market in foreign currency was being driven by children of some ministers.

He has threatened to release a list tomorrow of the party officials that are allegedly behind the black market.

“It has always been our position to name and shame corrupt individuals and saboteurs. Lewis Matutu is a messenger, don’t fight him,” Togarepi charged in an interview with The Standard.

“Any further attack on him will invite a firm response from the youth league.

“They crossed the Rubicon line by threatening the deputy secretary. We cannot allow them to vandalise the efforts by President Emmerson Mnangagwa to rebuild Zimbabwe.”

In October last year, Mnangagwa’s former advisor Christopher Mutsvangwa accused Kudakwashe Tagwirei, a close ally of the president, of driving the parallel market at the time through a facility where oil firms accessed forex at the 1:1 rate to United States dollars from the Reserve Bank of Zimbabwe (RBZ). The government ended the facility in May this year.

Mutsvangwa’s son Neville was accused by an opposition MP early this month of being involved in illegal foreign currency deals.

The war veterans leader yesterday did not respond to questions on whether he was one of the ruling party officials targeted by the party youths.

Former Zanu PF youth leader William Mutumanje, aka Acie Lumumba, who was temporarily hired by Finance minister Mthuli Ncube, also at one time claimed that
there was a cartel in the fuel industry that included top RBZ officials who were behind the alleged cartel driving the forex parallel market.

Togarepi said their crusade would also target informal traders who were allegedly involved in the black market.

“We also want to tell those involved in illegal forex dealings that their days are numbered together with foreign-owned tuck-shops in downtown Harare and other cities,” he said.

“The earlier they shape up, the better. We have everything we want to move forward, but a few charlatans are an impediment to this progress.”

Matutu yesterday said he was going ahead with his plans to expose the alleged Zanu PF bigwigs.

“We are not afraid, it is time we dealt with this crisis,” he said.

“We can’t be threatened by thieves who want to use non-existing factional fights to further their agenda. We are going to name and shame them.”

Matutu, a close ally of Mnangagwa, said he was his own man and had been speaking against corruption within the party in private.

He said he was frustrated that his interventions had not yielded anything, hence his decision to go public.

Meanwhile, Togarepi denied accusations that the threats were linked to factional wars in Zanu PF where some senior party officials are accused of sabotaging Mnangagwa.

Zanu PF spokesperson Simon Khaya Moyo said the youth league had a right to demand whatever they think was prudent to take Zimbabwe forward.