A Zimbabwe Cricket Board delegation has arrived in Lahore to review the arrangements. 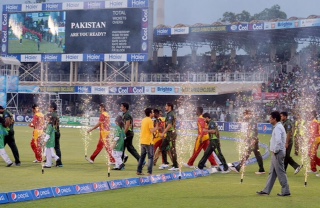 Sources told Zimbabwean, the Zimbabwe Cricket Board’s delegation has reached Lahore to review the arrangements for the Pak-Zimbabwe cricket series. The delegation will undergo corona virus testing at a local hotel today.

Sources said that the delegation will review the biosecurity bubble and other arrangements at Gaddafi Stadium tomorrow, besides holding meetings with security and medical officials.

Sources told Zimbabwean, the delegation will visit Rawalpindi after reviewing the arrangements in Lahore. During the visit, the schedule of the Zimbabwe series will be finalized.

It was further said that Lahore has been included in the venues of the series instead of Multan.
—–
Wasim Qadri, Islamabad based Senior Sports Journalist and Host Television show can follow on Twitter at @jaranwaliya