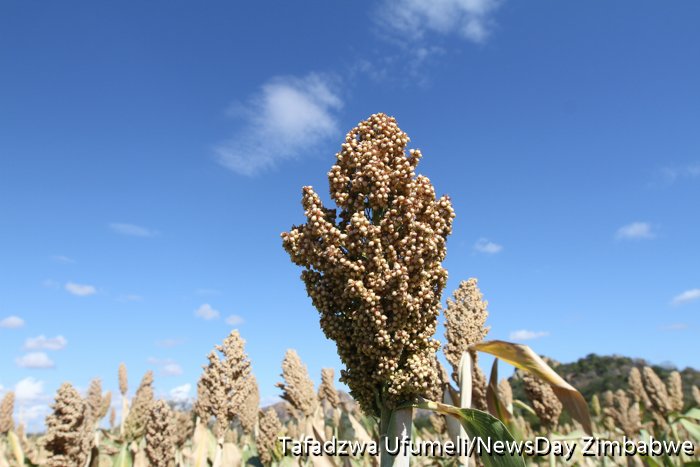 The 2018/2019 season has brought drought one in most areas across the country. This has been attributed to the El Nino weather phenomenon as correctly predicted by the Meteorological Services Department.

Accordingly, the Lands, Agriculture, Rural Resettlement and Climate ministry, encouraged an increased production of small grains during this season.

Unfortunately, most farmers, even communal farmers, in all natural regions of the country, spurned the advice in preference of the maize grain.

In years of low or unpredictable rainfall, small grains give better returns, especially when grown in a multi-cropped system, whereas maize could be a complete write off. Almost 75% of Zimbabwe’s land area is in natural regions III, IV and V.

These are the semi-arid to arid areas of the country. This is where small grains, groundnuts and sunflowers thrive.

Most drought tolerant maize varieties being promoted by seed companies are quickly losing their capacity to deal with climate adaptability.

However, research has continued to find more and more drought tolerant and early maturing maize varieties.

Research has also shown that small grains are an integral part of food and nutrition security for many households in Zimbabwe. Hence, their production should be encouraged or promoted.

While the government and its development partners are aware of the importance of small grains production from a climate adaptation point of view, resource allocation for the promotion of value addition remains a challenge.

It should be noted that with small grains, only a small amount of flour is needed to cook the main meal compared to maize meal.

The use of recycled seed can explain the continuous fall in yields for small grains.

Certified seed could be made available at a large scale only if the demand for such is placed on the seed houses, pointing to the need to subsidise small grain seed availability.

Research should also be done to ensure that early maturing and hybrid seed varieties for small grains are also available in the local market.

Communal farmers continue to use retained seed year after year, resulting in the very poor yields of small grains, groundnuts and sunflower.

Research should also emphasise on the increased production of improved groundnuts and sunflower seed varieties.

However, seed houses could invest more in such research if they are assured of market availability.

This is in order to improve crop yields and lower the effects of drought and long dry spells.

This, however, needs a lot of capital investment, hence irrigation expansion should be gradual.

After all, farmers can also sell their small grains to raise money to buy maize.

Prices of small grains should, however, be reconsidered as they are currently uncompetitive in relation to the cost of production.

During the 2017/2018 marketing season, the government encouraged farmers to deliver their small grains to the GMB in exchange for maize.

The idea appeared noble though not really fair. If you look at the prices of unprocessed sorghum, rapoko, mhunga, among others, in retail shops, compared to the maize grain, one wonders why our communal farmers get such pittance for small grains, be it from the GMB or any private buyers.

Some recommendations to strengthen the small grains value chain include: