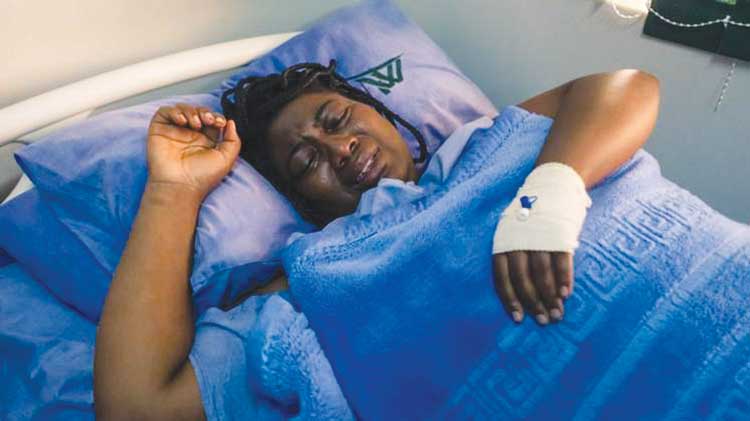 CITIZENS Coalition for Change (CCC) activists Joana Mamombe and Cecilia Chimbiri have revealed horrific accounts of torture, including being forced to sing war songs and drink each other’s urine by their alleged abductors.

They narrated the ordeal last Tuesday when their trial on charges of “faking their own abduction in 2019 to invite the attention of the West” kicked off.

The activists, who are represented by Alec Muchadehama and Jeremiah Bhamu, are charged alongside another CCC activist Netsai Marova who has skipped the border.

They deny the charges.

The activists claimed that they were abducted by suspected state security agents from police cells after their arrest for holding an unsanctioned demonstration in violation of Covid-19 regulations, and were later tortured and dumped along Bindura road.

On Tuesday, Mamombe, through her lawyers, narrated her ordeal at the hands of the alleged abductors after their arrest.

Mamombe said they were taken from Harare central police station, blindfolded with sacks and driven to an unknown destination.

“The structure (destination) was surrounded with tall grass such that she could not see any other structure nearby.

“The accused were led into the structure and got to the back where there was a big dug out pit.

“At that point, captors had an argument among themselves when one of them suggested that they push them into the pit while others disagreed, arguing that it was going to result in them breaking their limbs,” the lawyers submitted.

“They (captors) agreed that the accused persons go down using a ladder, which was on the sides of the pit.

“It was dark and Mamombe could not see the top of the pit due to its depth, which she assumed to be roughly 4m deep…”

They were then forced to jog and sing revolutionary songs while inside the pit.

“They sang and jogged continuously until Mamombe could not continue anymore,” the lawyers said.

“The persons poured cold water on them.

“While they were shivering at a corner, the other two persons came down the pit and started assaulting them with open hands and whips all over their bodies as well as pulling Mamombe’s braids and slapping her.”

They were also made to exchange their stools but Chimbiri told their captors that she did not feel like defecating.

In a fit of rage, one of the captors tore her black dress and two others sucked her breasts.

In her account, Chimbiri said: “One of the captors received a call and they all got out of the pit in a hurry.

“They then returned within a few minutes and assisted them to get out of the pit.

“They seemed to be reacting to some instructions since they hurriedly forced us into their vehicle.

“They drove from the place for some time, but they could not tell where they were going.

“They slowed down their vehicle and pushed them out of the vehicle.”

The trial is expected to continue tomorrow.