Celebrating the ‘sweetness’ of freedom

Source: Celebrating the ‘sweetness’ of freedom – The Standard April 21, 2019 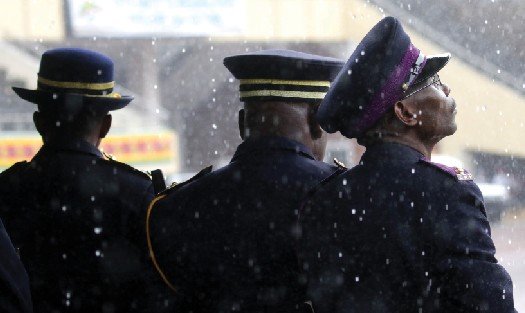 IN case you have not noticed, it was Independence Day in Zimbabwe on Thursday.

We, Zimbabweans have been free for 39 years now. Totally free from colonial white minority rule. We have ruled ourselves as blacks for 39 years after we liberated ourselves from the oppressive clutches of Rhodesian rule. How sweet does our freedom taste?

Many notions of freedom abound. Roosevelt came up with the “in larger freedom” doctrine, the “freedom from fear and want”. In common rights speak, the connection between civil and political rights and social and economic rights.

It is so often repeated without question or scrutiny that its falsity is shocking, that in 1980 we gained political freedom but the quest for economic freedom has proved elusive because of everyone except our liberators. What hogwash! What nonsense.

To start with, rights are inseparable. They can’t be cherry picked, dissected and each enjoyed in full but in isolation of one having all of them. The right to one man/woman one vote by the African majority — a key demand of the liberation struggle was indivisible and inalienable from the right to own land, to equally good education and health facilities for Africans as that of Rhodesian whites. The right to own land and enjoy basic services cannot be separated from the right or freedom of one’s personal privacy, safety and security. The right to not be afraid for one’s life or liberty or that of their family and loved ones is essential to living a life of dignity. It’s not one or the other.

In pro-independence times, Rhodesian police kicked in doors, rounded up agitators for majority rule, jailed, tortured and killed them. They passed legislation that made it impossible for political gatherings to happen, manipulated the electoral system to disenfranchise the majority blacks and favour whites, banned black political parties and made it impossible for them to exist.

How about now? Surely with independence, these are now things of the past? Think again! Draconian laws have been carried over and used much the same way to stifle political and civic activity. Political and other gatherings are obstructed, activists harassed, jailed, tortured and killed. Security forces are routinely unleashed on the innocent civilian population with multiple — sometimes thousands of fatalities.

For 39 years, Zimbabweans have been told that they must be grateful and show gratitude. That, thanks to their “liberators”, they got the “freedom from fear” resolved. They can now vote. The failure to deliver people from the “freedom from want” has long been blamed by “liberators” on others. Like whites who continued to hold the land long after independence, and more recently on the West for sanctions that came because the liberators finally took the land back.

With equal determination, Zimbabweans have been fed other lies: that now, they own land like only few white Rhodesians did pre-1980, they can go to the same schools, same hospitals. But can they? The land was taken from the minority white community but was it really given to the blacks? How secure, genuine and meaningful is land tenure in Zimbabwe in 2019? What is the real and long term value of that piece of paper called an “offer letter”? Where are the 99-year leases? If and when they come, what real economic value will they bestow on the holders? What current value do the offer letters bestow?

Of other freedoms from want, the picture is worse. The education and health systems have collapsed. So the opportunity of accessing education of comparable standards as the white community has gone up in smoke. It is actually worse now than it was pre-1980, comparing even to what was then black education facilities.

The freedom from want remains more elusive than it did in pre-independence times. Suffering under the weight of sanctions and the liberation struggle in the 1970s, the Rhodesians actually rationed fuel, but never experienced the kind and type of fuel crises post-independent Zimbabwe has. Whilst they struggled to trade with the outside world due to sanctions, in 1970 the Rhodesian dollar was equivalent to £1 and in 1980 equivalent to £1.45. Post independent Zimbabwe does not even have a currency to speak of and when its worthless paper notes exist, they are in constant hyper-inflationary free fall, setting world records and good only for the smallest room in the house.

In 2019, shortages of everything are the norm — cash, fuel, bread, oil, mealie meal, medicines, books — everything.

So, yes for 39 yes, like everyone else, I have been told that I am free. I was liberated by the “liberators” who included my own father. But what exactly am I free from? And what am I free to do? To write this piece perhaps about just what a pack of lies we have been fed all these years.

But wait — am I even free to do that without attracting the wrath and retribution of those in power? Might I just land up in jail for expressing my thoughts and views? Like they landed up in Rhodesian jails for expressing theirs.