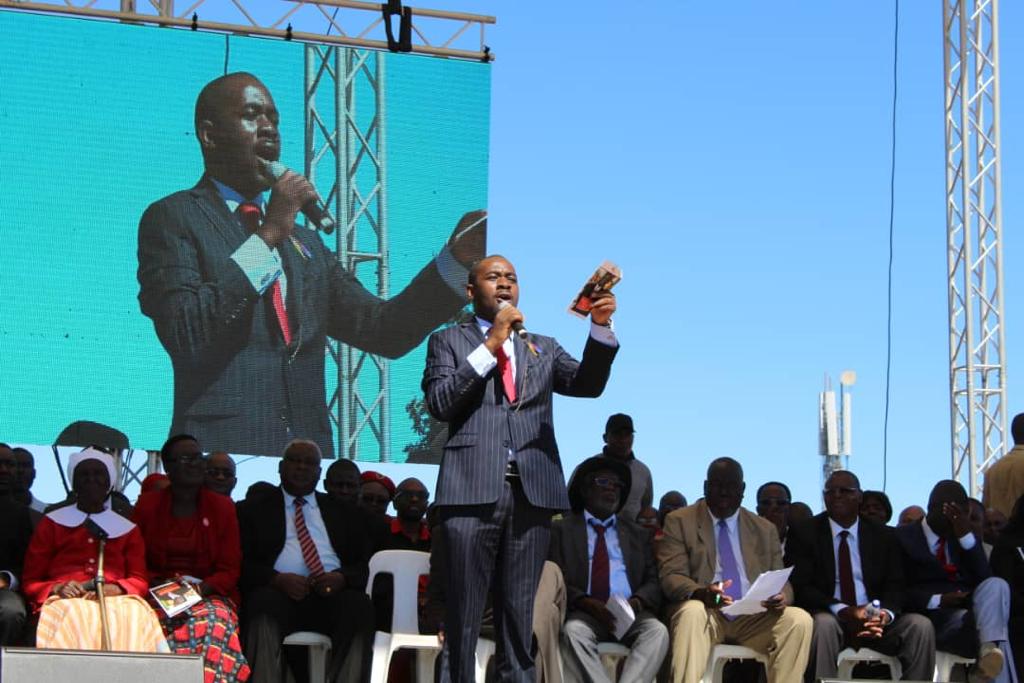 Following heavy defeats at the party’s congress in Gweru last month, Mudzuri, Mwonzora and Komichi were relegated to ordinary card-carrying members and the appointments to the national executive makes them part of key decision-making apparatus of the party and preserves their seniority.

Komichi becomes secretary of strategy and implementation in the office of the presidency, Mudzuri is now local government secretary while Mwonzora becomes the deputy secretary of international relations.

Chamisa kept faith in Amos Chibaya as organising secretary. He will be deputised by former youth assembly leader Happymore Chidziva.

Jacob Mafume lost his post of party spokesperson to Daniel Molokele. Molokele lost in the race for the secretary-general post to Chalton Hwende. Mafume was reassigned and becomes secretary for elections, earning a seat in the MDC standing committee.

Chamisa also made a daring move, amending the constitution to introduce term limits for all posts in the party, including the presidency. Highly-placed sources who attended the national council meeting said the constitutional amendment will apply to councillors, legislators and all party positions.

Hwende refused to comment, saying the party would address a Press conference this morning to make the announcements.

Chamisa, in the closing stages of the national council meeting, seating as congress, said it was time the party stood united.

“We can no longer divide ourselves, if you find yourself attending caucuses to discuss how to deal with a fellow party member you need to question your integrity,” Chamisa said in his closing address.

He also warned his leadership that anyone caught lagging behind would be thrown out.

“We can’t wait for the president to do everything. We have to ensure that as leadership we each play our roles, those who don’t pull to expectations will find themselves out of leadership,” Chamisa said.

The MDC has been dogged by double nominations of candidates during elections.

This has been blamed on corruption within the top leadership and favouritism.

Chamisa told the national council that this would no longer be accepted and primary elections should be conducted openly and transparently.