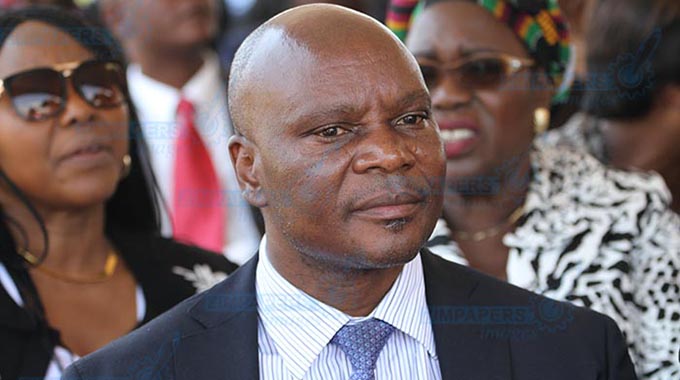 Fidelis Munyoro and Darlington Musarurwa
FORMER Mines and Mining Development Minister Walter Chidhakwa and his former permanent secretary Professor Francis Gudyanga, have been arrested again on a separate charge of abuse of office.

The two, who are being represented by Mr Wellington Davira of Dzimba, Jaravazi Legal Practitioners, were arrested in Harare on Monday and were taken to Gweru, where they are expected to appear in court today.

They have since given their warned and cautioned statements.

While the exact charges were not immediately clear yesterday, sources said the charges related to the dispute over Lennox Gold Mine Mashava.

It is alleged that a South African gold miner, Mr Leslie Stalin, acting in cahoots with Gudyanga, sued the Ministry of Mines and Mining Development claiming ownership of Lennox Gold Mine.

It is understood that though the grounds were “frivolous”, the ministry suspiciously did not challenge the suit, resulting in a default judgment.

Mines legal adviser a Mrs Munyonga and Masvingo’s provincial mining director, a Mupindiwa, who are also being sucked into the scam, reportedly did not alert Chidhakwa, and the Government failed to appeal against the judgment.

Prof Gudyanga is being accused of working with Mr Stalin to wrestle the gold mine from Tambanashe, a local black-owned business that had been given the claims by Government following the liquidation of Reebuck in 2002.

After Tambanashe was given a notice to vacate the mine, it then reportedly confronted Chidhakwa with the documents showing mine ownership.

The company accused Chidhakwa of failing to act.

At the material time, Gudyanga is alleged to have instructed the legal advisor, Ms Munyonga, to issue claims to Two Flags, which is believed to be owned by Mr Stalin and another local entrepreneur.

Tambanashe was subsequently evicted from the mine, allegedly with the collusion of some officials that were corrupted.

Sources also said Mrs Munyonga has been implicated in another case and is set to appear in a Harare court today.

This is the second time Chidhakwa and Gudyanga have been arrested.

They were arrested in December last year on similar charges of corruption and are both on $300 bail on charges of abuse of office.

Chidhakwa is accused of appointing Gudyanga as a one-man board at the Minerals Marketing Corporation of Zimbabwe, prejudicing the company of over $28 000.

Gudyanga is accused of fraudulently awarding himself $28 910 in board fees and sitting allowances despite running a one-man board.

He recently came under fire in the case in which (MMCZ) top executives — acting general manager Mr Richard Chingodza and deputy general manager (finance and administration), Mr Hannan Chitate — were acquitted of criminal abuse of duty as public officers.

In his ruling, Harare magistrate Mr Makomo had no kind words for Gudyanga, who was the key State witness and complainant.

He castigated him for maliciously targeting Mr Chingodza and Mr Chitate in a bid to get them out of his way and cover his back.

It was also the court’s finding that Gudyanga stole the corporation’s resources at will without any conscience restraining him from looting.