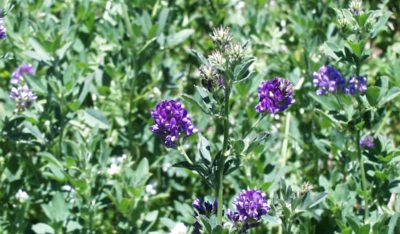 A narrow unpaved road branching off the Ngundu-Chiredzi highway is the only way to Chilonga, an otherwise forgotten rural outpost currently enjoying a rare moment of global publicity.

Tucked away in a barren countryside, the land is decorated with mopani trees, a resilient species which particularly thrives in arid conditions.

The salty and greyish earth here tolerates no other crop than traditional grains and some hardy pulses that require little water save only for a year of abnormal rains like this one.

Yet, if truth be told, this land goes thirsty amid plenty of water; the great Runde River flows right through it on its way to the Indian Ocean.

As evidence of what this land could be, the dusty road tears through vast swathes of sugarcane grown by conglomerate, Tongaat Hulett.

Along the dust road, which passes through Nuanetsi Ranch, some few wood poles and an open, scarred plain with visible signs of a by-gone human settlement gives a sad reminder of the area where Chingwizi transit camp was once sited.

The transit camp was dotted with variegated tents where 18 000 villagers displaced by the construction of the country’s biggest inland dam, Tugwi-Mukosi, were crammed — lucky ones sharing one tent with their grown-up children, grandchildren or in-laws.

They were forcibly resettled downwards in the ranch where they are living in squalor and biting poverty.

It is there, at Bongo Mountain, where even an off-road car struggles to navigate the dust road which branches left past pole-and-dagga shops at a rail crossing to Damarakanaka, through the thick forests where Shangaan-speaking people have long resided.

In this “middle-of-nowhere”, there are very few signs of modernisation and limited cellphone reach, it takes several hours to reach Chilonga, which is just 60km from Chiredzi using the difficult-to-navigate low-lying Chilonga bridge.

Cars have been swept away while scores of villagers either drown or are devoured by crocodiles or attacked by hippos while trying to cross the river.

Our fixer, hiding in the jungle at Vhelemu village due to intimidation by suspected state security agents, had grown impatient and took us as impostors by the time we arrived around 4pm on Friday.

He is one of the 12 500 Shangaan tribesman in Chiredzi who are facing eviction from their ancestral lands to pave way for a lucerne grass growing project by Kwekwe-based company, Dendairy.

His eyes darting and betraying his fear and restlessness while checking the occupants of the car, he hesitantly jumped in and took us through the paces.

“Tiko lifambane havanyai,” (Our land has been taken by the foreigners), he says, after we broke the ice by the usual greeting Hausheni in their local language.

Government gazetted a legal instrument paving the way for their eviction late February, and then, when faced with criticism, it repealed the statutory instrument last Thursday.

Yet despite that, the villagers are not leaving anything to chance and are still preparing for the worst.

They suspect that government is using delaying tactics.

“We had seen it coming, but it still baffles us,” Kenneth Mzamani from Matkwa village said.

“How can humans be evicted to create space for growing grass?

“Now grass is more important to them than humans. Why didn’t they contract us to do the project. We can do it. What is difficult in growing grass?

“We can grow it and sell to them if they are serious about empowering us. There is nothing for us in this project.

“It pains us that the government of Zanu PF we voted overwhelmingly for in the last polls is now turning against us,” he added.

Vhelemu village head Simon Chikutu said they were not consulted or told of where they are going. Neither have they been told of plans to compensate them.

“We don’t have much information, save for the fact that we are set to be evicted,” Chikutu said.

“When, where and how, we do not know. We are just living in suspense. We were not consulted, but just told we would leave.

“Some were intimidated and forced to speak positively about the project.

“We are being threatened by people we do not know and never seen before, and some have gone into hiding. Everyone is afraid now.”

Chitsange village head Honest Mavasa said they were better off as contract sorghum farmers for a leading brewery, Delta Beverages, which has been their lifeline over the years.

“We have been underdeveloped over the years and marginalised,” Mavasa said.

“I am sure you have seen it for yourself by the bad roads and the impassable Chilonga bridge, which claims lives every year where cars are swept away and people washed away or are eaten by crocodiles while crossing.

“Every election year, they promise to build a bridge, but after we vote for them, they forget about it.

“We hear now they are serious about building a bigger bridge so that their white friend who wants to displace us can easily drive through and his company vehicles will not be damaged, which is unfair.”

Because of the underdevelopment and lack of opportunities in the area, most men from the area are migrants who cross to South Africa or Mozambique.

Esther Mungoni, from Mungoni village, said their religious and cultural practices will be destroyed as their sacred pilgrimage shrines as well as sites for passage rites will be decimated.

She said women and children, particularly girls, will be worst affected.

“We have places of worship where we consult our ancestors and do traditional rites and cultural practices,” Mungoni said.

“We have places where we annually congregate to teach our girls adulthood (Ukomba).

“To destroy them and remove them from us is a very serious affront to our culture.

“It detaches us from our ancestors and our being as Shangaan people.”

This is not the first time that the Shangaan people have been displaced and resettled.

Their forefathers were evicted to pave way for Gonarezhou National Park and Malilangwe Conservancy.

Their fathers were again displaced to create space for sugarcane growing in Hippo Valley. Now, for the third time, the same axe is hovering above their heads and they are saying enough is enough. They view this as tribal hate.

“We don’t know where to start from if they displace us,” said a Chilonga villager who did not want to be identified.

“They displaced us two times to give land to white people,” he added.

“Now they want to evict us again to give our land to a white man. Is it because we are Shangaan?

“We are not foreigners in Zimbabwe.

“This is our land and country too. We will resist that. We will die here.”