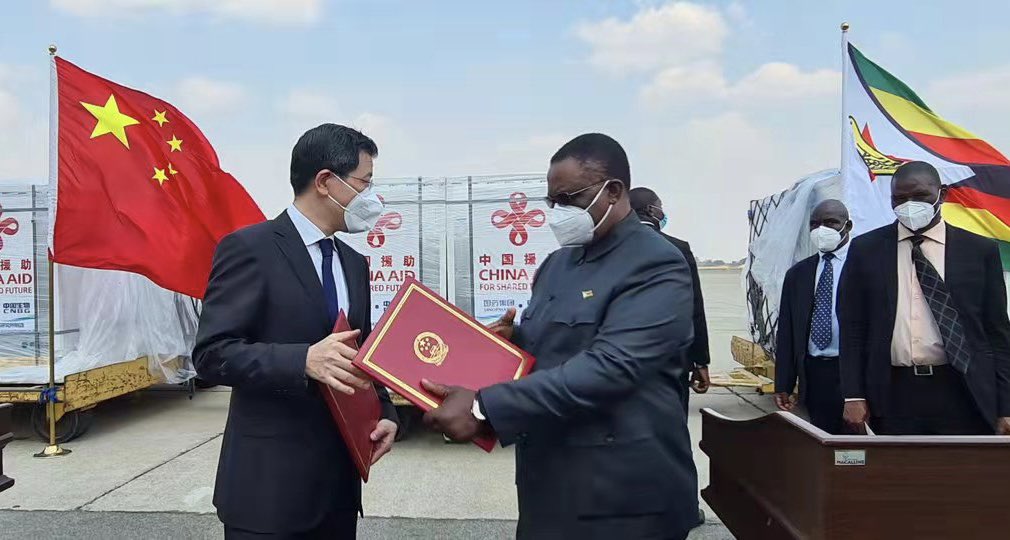 HARARE – Zimbabwe and China on Sunday touted their “time-tested” and “strategic” friendship as they sought to deflect growing criticism of China’s environmentally unfriendly mining practices across the country.

In its latest display of vaccine diplomacy, China donated 500,000 doses of Sinopharm on Sunday – and its top diplomat in Harare used the occasion to launch an attack on western countries for “paying lip service” to Covid-19 vaccine equity.

Chinese miners have been accused of displacing communities in Mutoko and Uzumba, as well as destroying wildlife sanctuaries in Hwange and Mavhuradonha – many Zimbabweans believe a price President Emmerson Mnangagwa is willing to pay to keep China’s support on infrastructure development and tackling the pandemic flowing.

Vice President Constantino Chiwenga, who also doubles up as health minister, received the latest vaccine consignment as he railed against “so many uninvited voices talking about the friendship between Zimbabwe and China, trying to destroy what has been achieved through the help from the Peoples’ Republic of China.”

He vowed: “That misinformation, no matter how they scream or shout, is not going to destroy that comprehensive strategic partnership between the two peoples.

“That friendship will continue to grow day-by-day, month-by-month, year-by-year, decade-upon-decade and centuries-upon-centuries to come and nothing is going to disturb or destroy that friendship between our two countries.”

China’s ambassador to Zimbabwe Guo Shaochun claimed “lately in Zimbabwe, some elements are once again hatching a smear campaign against Chinese investments in Zimbabwe.”

China is sensitive to accusations that it is extending loans and making generous donations to Zimbabwe to clear the path for Chinese companies to exploit the country’s natural resources. Dozens of Chinese mining companies have set up operations across the country – digging for anything from coal, gold, chrome, diamonds through to palladium.

“I would like to reiterate that China’s assistance to and cooperation with Zimbabwe and Africa as a whole is the most transparent,” Shaochun insisted, speaking at the Harare International Airport.

Western countries “cannot share the time-tested friendship between China and Zimbabwe,” said Shauchun, as he accused them of “watching from the sidelines with their arms folded, paying lip service, and maintaining their illegal, unilateral sanctions at such a life and death moment.”

China says it has donated over 1.25 billion vaccine doses to over 100 countries since the pandemic outbreak, as it chides western countries for hoarding vaccines to give their populations.

On Sunday, Zimbabwe’s health ministry said over three million people had taken the first dose of the vaccines – or about 20 percent of the population.