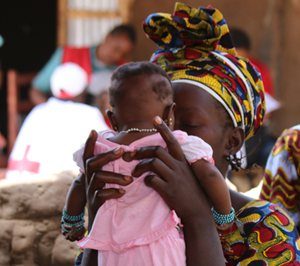 Currently, the country’s health delivery system is a shamble due to a myriad of problems such as high staff turnover, poor infrastructure, lack of drugs and equipment and low staff morale.

Cumulatively, 1 741 251 people were reached under this project, and 57 176 pregnant women were referred to health facilities in 15 districts and a total of 447 138 children under five received growth monitoring; while 5 216 children with diarrhoea were appropriately treated by village health workers using ORS and Zinc at community level.

A total of 216 722 women and children were reached with integrated maternal, neonatal, child health and nutrition services at outreach points, while 1 020 215 families were reached with COVID-19 prevention messages during the reporting period.