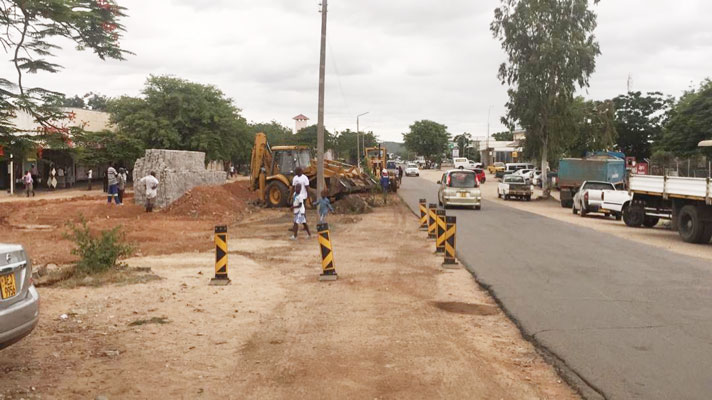 A newly-rehabilitated gold mine in the Simona communal area which is on the border between Mazowe and Bindura is changing the lives of at least 9 000 villagers after it sponsored the rehabilitation of roads.

The Chinese investors, under the banner of Ming Chang Sino-Africa Investments Limited (Ming Chang), have already spent over US$100 000 on the first phase of the rehabilitation of a 6km stretch on the main road linking the mine and the surrounding areas.

The larger part of the first phase involved the part of the road leading directly to the mine and resurfacing of a derelict gravel road.

The other 4km leads to a nearby shopping centre and clinic.

Commodities trader, Isah Mazwi said the rehabilitation of the road had seen his business improve.

“We had to hire small trucks or use animal drawn carts to carry maize and cotton to the tarred road,” Mazwi said.

“We also struggled to get inputs and contract farmers avoided this area because of the bad roads.”

Ming Chang told our news crew during a tour of the road works in Bindura last week that work on the remaining stretch was expected to commence soon.

The company has a number of corporate social responsibility projects to its name in the areas it operates from.

Besides the road in Simona, the company has constructed roads in various places, including Kwekwe, Masvingo and Shamva.

Ming Chang Sino-Africa spokesperson on the Simona site Link Yang said the roads had improved accesses to facilities such as hospitals.

“There is a popular Chinese saying which goes like, if you want to get rich, build a road first. It is correct because people can come in and out easily and your community has access to health facilities,” Link said.

“They can sell their farm produce and get tourists in areas where there are attractions,” he added during a tour of the road works on Monday.

The gold miner is using its own staff and equipment on the projects while the local authority provides concrete pipes for drainage systems.