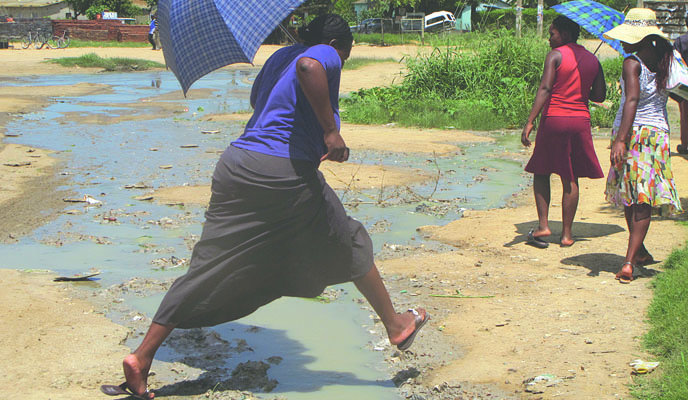 A HEALTH crisis is looming in Chitungwiza Unit C and Try Again residential areas where raw effluent is flowing from a burst sewer pipe that has been left unattended by the local authority for over a month.

NewsDay observed flowing sewer in part of Chitungwiza Unit M, O, P, Try Again and areas near C Junction, due to the burst pipe. At some instances, the sewage was passing through residential stands.

Council spokesperson Lovemore Meya said council teams were currently on the ground working on other areas that were also facing similar challenges.

“This area will be attended to together with other areas experiencing similar problems.

“We are set to do sewer rehabilitation on a full throttle,” Meya said.

“What we are going to do is to embark on a number of sewer rehabilitation work where in some parts, we will be doing rerouting and on others, replacing collapsed pipes.”

He added: “In terms of water, as you know that we are not a water authority, but what we are trying to do is, after drilling boreholes using devolution funds, we embark on water projects under Manyame Rural District Council.”