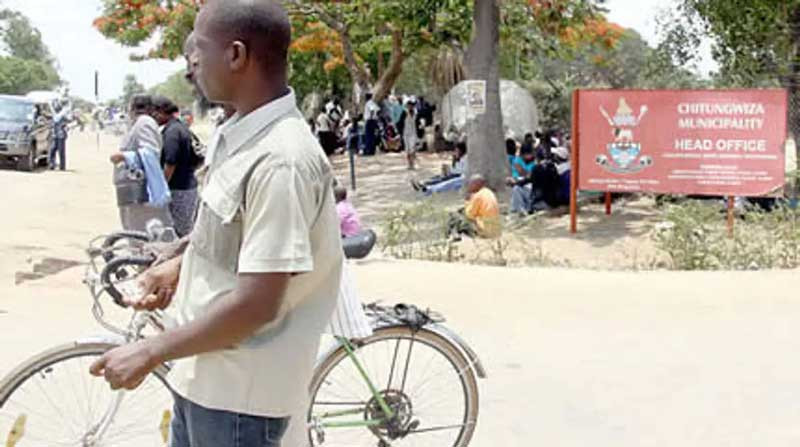 Chitungwiza municipality is planning to descend on all homeowners who have converted their properties into commercial use as the local authority seeks to widen its revenue base.

Some houses in the town have been turned into crèches and surgeries, among other commercial uses as unemployed residents seek to survive.

“We have noticed that the council is losing revenue where homeowners who declared that the sole purpose for land they acquired from council was residential, have converted it to commercial use,” Magadzire said.

“These homeowners are paying US$22.72 for residential purposes yet they are making a lot of money through commercial activities being carried out on their premises.”

The certificate of occupation, which is part of an agreement between council and residents, specifies that the purpose of land shall solely be residential.

But of late, there has been mushrooming of business activities within the residential areas.

In 2005, many small businesses suffered a huge setback after their businesses in residential areas were destroyed through the government-sponsored operation restore order/Murambatsvina.

“We do not have a viable industry.

“There is not enough space to build a townhouse,” Kuvheya said.

“Council must fulfil its promises and pave the way for informal traders before they remove them from their houses.”

Chitungwiza’s industrial site has since been relegated to smallholder entrepreneurs after the closure of various businesses.

A host of Chitungwiza council facilities including creches, beerhalls and libraries have been lying idle since the late 1990s while some have since been converted into vending stalls.

Despite being home to a fast growing population, Chitungwiza has remained Harare’s dormitory town since its founding on January 1, 1978.

Service delivery and other amenities have been the council’s biggest challenges with the municipality failing to meet increasing demand for services within its jurisdiction.

Economic hardships and lack of employment have also pushed citizens in the country to do their business activities within residential areas.

Newer Post
Push to have top prosecutor in dock
Older Post
News in depth: Failed by the health system, Zim women are turning to courts