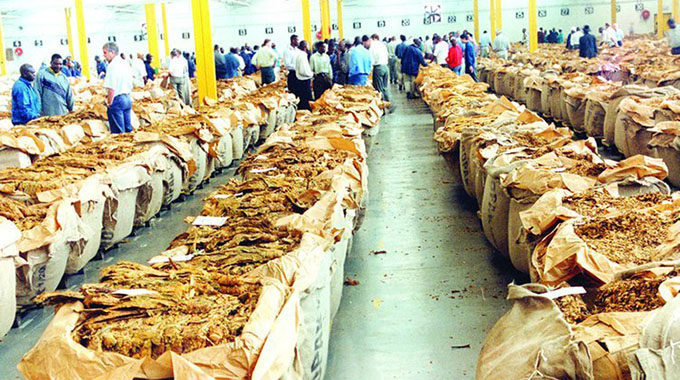 Africa Moyo Senior Business Reporter
The use of coal as an alternative source of energy for curing is critical to the growing of tobacco in a sustainable and environmentally friendly manner, Government has said.

Tobacco Industry and Marketing Board (TIMB) board chairperson Mrs Monica Chinamasa said this in Hwange last week during the 8th anniversary of Makomo Resources’ operations.

Local tobacco farmers are largely relying on wood for curing the crop, which has been roundly condemned by conservationists as unfriendly to the environment.

“The future of the tobacco industry heavily depends on producing tobacco in a sustainable and environmentally friendly manner, hence there has been campaigns to encourage farmers to use coal as an alternative source of energy as well as desisting from cutting down indigenous trees,” said Mrs Chinamasa.

In the past, commercial farmers used hand-fed coal-fired burners in traditional conventional tobacco barns and with time, efficient barn systems, burners and automatic stokers that have significantly reduced the consumption ratio of coal per kilogram of cured tobacco, were developed.

The traditional barn ratios were as high as 5kgs to 7kgs of coal to 1kg of cured tobacco.

Mrs Chinamasa said nowadays, the Chongololo or the Tunnel can be as efficient as 0,9kg coal to 1kg tobacco. She explained that the focus now is to bring similar benefits to small-scale tobacco farmers.

“This comes with its unique challenges such as the rocket barns largely being used by small-scale farmers, do not have fans which help coal burn more efficiently.

“As a result, it is not possible for these barns to cure solely with coal. Consequently, they use a blend of coal and wood and mostly the firewood comes from primary forests which is not sustainable.

“Nonetheless, the tobacco merchants as well as TIMB, continue to endeavour for a sustainable solution to tobacco curing,” said Mrs Chinamasa.

The small-scale tobacco sector is continuously growing every cropping, making a strong case for Government to craft mechanisms that will curb deforestation.

Mrs Chinamasa said the use of coal, can therefore no longer continue to be a preserve of a few commercial farmers.

Makomo Resources, which has become the country’s biggest coal producer in the country by output capitalising on Hwange Colliery Company’s perennial challenges, has been engaging tobacco companies and supplying coal to large commercial farmers.

Makomo has also engaged small-scale tobacco farmers and the firm is expected to partner Premium Leaf Zimbabwe and Northern Tobacco in partnership, in a deal that will see small-scale farmers receiving 50kg bags of cobbles in the 2018-2019 season.

Mrs Chinamasa said the packaged quantities will enable small-scale farmers to receive just the right quantities of coal and the small unit bags are easy to handle for them.

“We are grateful to Makomo for availing similar packages to farmers who are not contracted. Furthermore, I urge Makomo Resources to continue with research and development programmes that can minimise atmospheric pollution from burning coal during curing tobacco.

“This is in sync with the increased call from global cigarette companies in demanding tobacco produced in a much more sustainable way characterised by reduced green-house gas emissions,” said Mrs Chinamasa.

While commercial farmers are expected to embrace energy-efficient curing technologies, demand for coal is set to steadily rise as more small-scale farmers turn to coal use. In five years’ time, annual coal demand in the tobacco sector is seen rising from the current 120 000 tonnes to about 250 000 tonnes.