It is indeed good news that our government will now hold accountable those involved in corruption. lt is true that the above actions of the government may help to circumscribe or rather eradicate corruption and /or misappropriation of government funds. 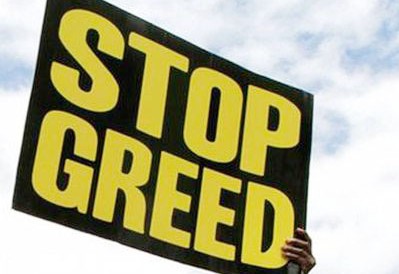 In other jurisdictions, the public can instigate legal proceedings against a public authority. That is any person that holds office position or authority to render public services. That goes for the local government or municipality per se. That course of action helps to absolve the President from being accountable in failure to provide the public services as expected by the public.

The following are what can prompt the public to take legal recourse against a government authority or municipal authority: 1, illegality, 2, irrationality and 3, procedural impropriety. For 1-means the person in authority will have acted in an illegal manner. For example, by taking public land or any such act not within the law or should l say that contravenes the law or is out of his jurisdiction or authority. For 2, the person may have acted in a manner that is not rational in the eyes of the public and law.

My example would be repealing of the deliberate infection of another with HIV aids statute which was in place in Zimbabwe. That statute has now been rendered obsolete. For 3, not following the procedure. For example, if a person in authority employs people or delegates their subordinate to employ their relatives, that authority may be deemed to have acted inappropriately because they failed to follow the correct procedure of employing members of the public.

So, we hope that this government action will help in holding accountable those responsible for corruption or will deter them from engaging in the commission of such crimes. This is my analysis without any prejudice or bias.