The castor bean plant is easy to cultivate and is resistant to drought. It has low production costs and is easy to handle

ZIMBABWE is facing fuel shortages, with long queues now the order of the day at fuel stations.

Many motorists now leave their cars at home and use public transport to save money on fuel as prices keep rising.

Yet, adopting bio-fuels can help ease the fuel shortages Zimbabwe is facing, saving the country millions which would have gone to its importation.

Many African countries are adopting bio-fuels, setting aside vast tracts of land for the plantation of bio-fuel crops.

Bio-fuels are a special type of fuel made from living things or their waste.

In Africa, sugarcane, jatropha and castor bean are some of the crops that have attracted a number of investors in the bio-fuel market.

Zimbabwe recently approved the National Bio-fuels Policy which seeks to improve the long-term growth, viability and sustainability of the bio-fuels sector, among other things.

More importantly, benefits to be derived from the policy as envisaged by the Govern­ment are, the reduction of the county’s depend­ence on imported petroleum products and the stabilisation of fuel prices.

Addressing farmers at a field day hosted at Mr Gladmore Nduna’s farm in Chipinge last year, Minister of State for Manicaland Pro­vincial Affairs Dr Ellen Gwaradzimba urged farmers to grow bio-fuel crops such as castor bean due to its diverse properties that can be used in the fuel and pharmaceuticals sectors.

“At a time that Zimbabwean motorists and industry alike have been affected by the fuel crisis, the stalks can be made use of in terms of extraction of bio-diesel. This will save the country millions in terms of fuel importation.

“The leaves can be used in the processing of agro-chemicals and fertilisers and are also creating jobs and saving the country. Pharma­ceuticals too can be derived from the roots of the plant, so essentially nothing goes to waste,” she said.

Perhaps, the onus now is on stakeholders to encourage more farmers to venture into bio-fuel crops, wherein most of them are drought resistant, require no irrigation and tillage and, are profitable.

Co-founder of Oil Castor Zimbabwe, a lead­ing firm that produces oil products such as bio-diesel, bio-lubricants and cosmetic oil, Alvaro Arellano believes Zimbabwe is on the path to bio-fuel usage as research has advanced tremendously in the past three years. 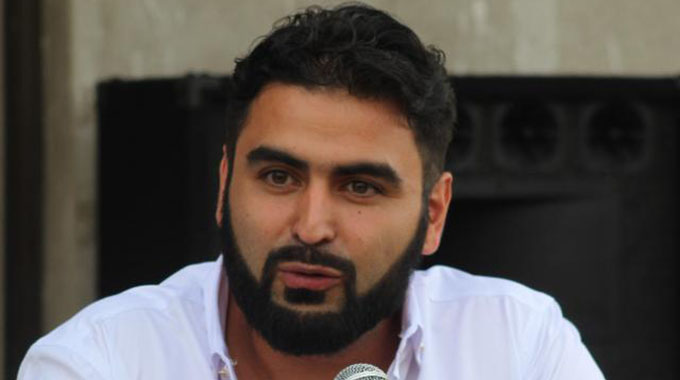 He has researched about bio-fuels for about 10 years in Canada and has been involved in the business for 4 years in Africa.

Arellano is determined to raise the gains of Zimbabwean farmers so that they compete globally and enjoy the fruits of their hard work.

“How come farmers in Canada and USA are rich and African farmers are poor? Soil is the same, global markets are the same, the only difference is seeds are different. We want to bring this American mentality to Africa. They farm fuel, that is why they are rich. We farm food that has been chemically modified, that’s why we are poor,” says Arellano.

Oil Castor sells to the farmer engineered seeds and in return, farmers sell back a crop that has a consistent acidity level and oil content of usually 70-80 percent.

From that, the company will produce bio-diesel and other bio-oil products.

His firm, which so far has 300 registered farmers growing castor bean, supplies lab grown seeds to the farmers.

According to Alvaro, Bio-diesel, bio-motor oil and bio-hydraulic oil will completely elim­inate fossil fuels in the coming years.

Perhaps the time to lure more farmers to grow castor bean is now, and, probably these long fuel queues will disappear.