On Thursday 19th September Justice Bhunu acquitted 21 of the 29 persons accused of murdering a policeman, in what has come to be known as the Glen View Murder Case, from the site of the alleged murder.  The judge was delivering his decision on the defence’s application for the discharge of all 29 accused at the end of the State case in this long-running trial.  From the first arrests and charges to this judgment has taken over 27 months, of which over 17 have, extraordinarily, been devoted to the High Court trial, largely because there have been numerous lengthy adjournments.  Among those acquitted was Solomon Madzore, the MDC-T Youth Assembly chairperson, who was elected as the MDC-T member of the National Assembly for Dzivaresekwa in the 31st July elections.  He was arrested, detained in custody and prosecuted in spite of having a confirmed alibi, as were some of the others who had alibis.  [See list of acquittals below].

In his judgment, the judge refused to discharge 7 of the accused, ruling that the State had made out a prima facie case against them.  Their trial will continue on a date to be fixed.

Pending receipt of a death certificate, the judge withheld a ruling in respect of the accused Rebecca Mafukeni, who died on 12th August.  [See note at end of bulletin].

Police Inspector Mutedza died while on duty on the afternoon of 29th May 2011 after a scuffle with members of the public at Glen View 3 suburban shopping centre near Harare where a group of MDC-T youths were participating in an MDC-T “T-shirt visibility day”, braaing meat and drinking beer at the Munyarari nightclub

The State case was summarised as follows by Deputy Chief Justice Malaba when some of the accused appealed to the Supreme Court for bail in February 2012:  Mutedza and other police officers entered the nightclub to tell the leaders that the gathering had to disperse, because it had not been authorized by the police.  The police said that the group of youths then shouted “matatya ngaurawe”, which when literally translated means: “kill the frogs”.  The police claimed they were then attacked with various missiles including stones, bricks and bar stools and forced to run out of the nightclub, and that Mutedza mistook a Nissan Hardbody motor vehicle allegedly being driven by Phineas Nhatarikwa, one of the accused, for the police vehicle and ran to it for cover.  When the deceased tried to open the door of the car to seek refuge, Nhatarikwa is alleged to have driven away from the deceased for about 4 metres.  The State alleged that was when Mutedza was struck on the head with a half brick and fell to the ground.  Then a mob of youths set upon him kicking and trampling his body until he lost consciousness and died.  The State further alleged that some of the youths jumped into the Nissan Hardbody, and drove away from the scene at high speed.  Cynthia Manjoro

ZimSitRep_T 0 February 28, 2021
Tendai Chara A secret cemetery is mushrooming in the outskirts of Harare, The Sunday Mail Society can reveal. Our investigations reveal that H ...
Read More
the latest articles

ZimSitRep_T 0 February 28, 2021
Sunday Mail Reporter SOME desperate villagers in Chiweshe are selling cattle for as low as US$50 as a result of the outbreak of Theileriosis, or ...
Read More
the latest articles

ZimSitRep_T 0 February 28, 2021
Thupeyo Muleya Beitbridge Bureau COMPLETION of the US$300 million Beitbridge border post modernisation project will speed up the roll out of t ...
Read More
the latest articles 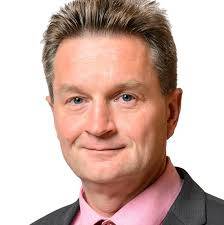 ZimSitRep_T 0 February 28, 2021
Deputy News Editor THE ongoing formal political dialogue between Zimbabwe and the European Union, to normalise strained relations between the two ...
Read More
was also alleged to have driven her vehicle away from the scene carrying some of the youths who had attacked the deceased.

Note: This State version of the incident was challenged by the defence during cross-examination of State witnesses.

The accused, all MDC-T members or office-holders, were arrested over the next seven months, many in a blitz in the suburb within days of the incident, the last in January 2012.

There have been many bail applications in this case, both before and during the trial.  By the time the accused appeared in the magistrates court on 1st March 2012 to be committed for trial at the High Court, all but 2 of them of them were free on bail, including 7 who had been granted bail by the Supreme Court only 8 days earlier on 20th February 2012.  But their committal for trial entailed all 29 being returned to prison.  Further bail applications followed as the trial progressed, with one accused succeeding in October, two more, including Solomon Madzore, in November, and another 21 in mid-December.  The other 5 were denied bail and remained in custody.  Ironically only 3 of the 5 who were denied bail are amongst the 7 who must now stand trial.  [See below for list of names of those standing trial.]  One of the 5 died in custody, and Simon Mapanzure, who had been in prison since committal for trial, now stands acquitted by the same judge who denied him bail in December 2012, and again in February this year on the ground that the evidence heard by the court so far had “strengthened” the State case against him. [Covered in Court Watches 4/2012 of 9th March 2012 and 9/2013 of 10th July 2013]

Comment:  Justice Bhunu’s criticism [see below] of police and prosecution, for continuing with the case against those accused whose alibis had been confirmed by police investigations, necessarily also calls into question the State’s persistent opposition to their release on bail.

The trial started on 2nd April 2012.  It has not been continuous.  Unusually, it has frequently been interrupted by adjournments, some lengthy.  The prosecution closed the State case on 11th March 2013 and the defence gave notice it would apply for the discharge of all 29 accused.  Court Watch 9/2013 of 10th July took our coverage of this case to the point where the judge, on 12th June, 2013, had reserved judgment indefinitely after receiving written submissions from defence and prosecution lawyers, and finally hearing oral argument.  [Covered in detail in Court Watches 4 and 5/2012 of 9th and 14th March 2012; and 6, 9 and 10/2013 of 30th May, 10th and 17th July 2013]

Justice Bhunu initially said he would hand down his decision on 17th September but this had to be postponed to 19th September because the judges were attending the official opening of Parliament on that day.

In his judgment, the judge analysed each accused person’s position separately in order to determine whether the State evidence had proved a prima facie case against him or her or, to use the words of section 198(3) of the Criminal Procedure and Evidence Act, whether the prosecution had produced “evidence that the accused committed the offence charged … or any other offence of which he might be convicted thereon”.  In 21 cases, the judge’s conclusion was that there was no evidence implicating the accused in Mutedza’s death or, in most cases, placing them at the scene.  They were therefore found not guilty and discharged.

But Justice Bhunu decided that there was sufficient evidence against 7 of the accused to constitute a prime facie case.  He therefore refused to discharge them.  When the trial resumes, the defence lawyers will have an opportunity to present the defence case and call defence witnesses, including the accused themselves.

As Justice Bhunu pointed out in his judgment, the refusal to discharge the remaining 7 accused does not mean that they have been, or will inevitably be, found guilty.  The standard of proof for conviction is different from and more demanding that the prima facie case standard applied when an application for discharge is made at the end of the State case.  It is only after the close of the defence case that the court will decide whether or not, on the evidence as a whole, the State has proved its case beyond reasonable doubt.

Judge’s criticism of police  A noteworthy feature of the judgment is the criticism of the police and prosecution for “unprofessional” conduct  in persisting with the prosecution of some of the accused even after police investigations had confirmed their alibis and cleared them of involvement in the alleged murder.

Note:  There was widespread criticism at the time of the nature of the police response to Inspector Mutedza’s death in the days after the incident.  Observers and residents described the Glen View area as being like a war zone with an unofficial curfew, a heavy police presence and wholesale random arrests.  Police Commissioner-General Chihuri, in a speech read on his behalf at the deceased’s funeral, talked of “police officers being decimated by uncouth opposition political elements in a naive and imbecilic attempt to make our country ungovernable” and warned that “Those who wish to live by the sword must be prepared to die by the sword”.  The MDC-T has consistently labelled the arrests of known MDC-T activists in this case as random, indiscriminate and baseless.

The State case was that all 29 accused were part of the group of people who attacked the deceased and caused his death.  It was therefore necessary for the State to lead evidence that each of the accused had been present at the scene and took part in the attack on the deceased.  Most of the 21 who were discharged raised an alibi defence, i.e., said that they had been elsewhere at the relevant time.  In essence the judge decided that the State had failed to produce evidence of their presence at the scene.  The accused who were acquitted on this basis are:

Those accused still on trial are: Tungamirai Madzokere, Yvonne Musarurwa and Last Maengahama, the 3 still in prison as they had previously been denied bail [see above]; and, out on bail, Lazarus Maengahama, Phineas Nhatarikwa, Edwin Muingiri and Paul Rukanda.

The trial will resume for presentation of the defence case on a date to be notified.

Ms Mafukeni, one of the five accused who were denied bail and had been in prison on remand, died on 12th August at Parirenyatwa Hospital.  Her health deteriorated rapidly while she was in custody.  She lost her sight and suffered from meningitis.  Court applications filed by Ms Mafukeni’s lawyers to move her from Parirenyatwa Hospital to a private hospital were dismissed.  She was buried on 14th August at Warren Hills Cemetery.  Rebecca joined the MDC when she was 15 years old and still a student.  She was 29 years old at the time of her death.

[on Veritas website or by email from Veritas at addresses below]