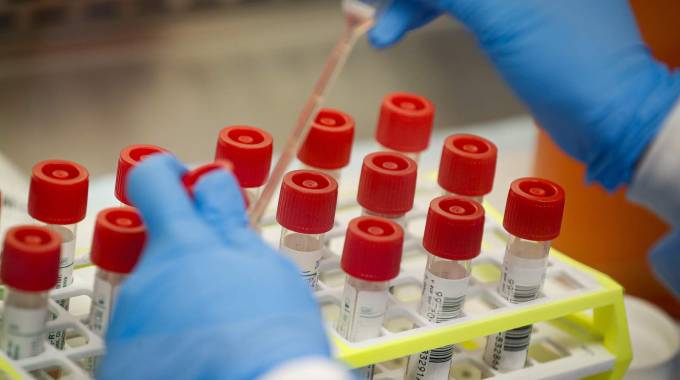 Herald Reporter
As Covid-19 infections within Zimbabwean communities grow, two medical aid societies in Harare, the Catholic Cathedral, and three companies have recorded infections, and two deaths, which have resulted in some temporary closures of facilities for disinfection and extensive testing of staff.

Firms closing a branch or a unit see this as necessary to allow disinfecting of premises and testing of all staff so that the units can re-open safely as soon as possible, with all on duty confirmed as free of infection.

Among the positive tests are two who died, a member of staff at a Harare sugar refinery and a person connected to the Catholic Cathedral parish in Harare.

Many of the initial screening are the rapid results tests, which require a confirming PCR test before the person is confirmed as infected.

On Saturday the Ministry of Health and Child Care daily statement said that with another 58 cases, 21 of them local, the total number of confirmed infections had reached 1 478, 675 of them being people infected within Zimbabwe and the other 803 being returning residents tested while in formal quarantine.

Another Bulawayo death was a 36-year-old woman admitted to hospital on Thursday with a persistent cough. This takes the death toll to 25.

So far 439 people were reported to be fully recovered by Saturday.

Starafricacorporation have put out a press statement confirming that four of a group of 38 employees at Goldstar Sugars Harare sent for routine tests did test positive on July 15.  One of these subsequently died.

And as a result, and on the chance that the four infected staff infected others, Starafricacorporation moved to close temporarily the operations at Goldstar Sugars and Country Foods in strict adherence to the requirements of the public health authorities and WHO guidelines while the premises were thoroughly disinfected and staff and service providers tested.

This process was expected to be complete by tomorrow, and the outcome of the tests would govern the company’s decision on resumption of operations.

Cimas, the large medical aid concern, sent a bulletin to members signed by chief executive Vulindela Ndlovu saying that a member of the reception staff tested positive for Covid-19 during routine random testing on Thursday. Cimas immediately started testing those who shared transport, work facilities or equipment. This resulted in another 21 positive results. All who tested positive are now in quarantine awaiting instructions from the Covid-19 rapid results team and Harare City Health Department.

Although not mentioned in the bulletin, this probably means that confirming tests are required before any in the group are confirmed as infected.

Cimas have now disinfected the premises.

The Cimas High Glen Clinic has been closed temporarily after a member of staff was exposed to a confirmed case.

The other very large medical aid society, Premier Service Medical Aid Society, has confirmed in a press statement that two back-office staff at its Harare Head Office tested positive and are in isolation and recovering at home.

The Covid-19 Rapid Response Team was helping with contact tracing and all staff members potentially at risk of infection were being tested. The head office is temporarily closed and PSMAS has tightened precautionary measures at all its facilities.

NMB Bank, in a statement from chief executive Benefit Washaya, confirmed that a member of staff at the Southerton Branch has tested positive for Covid-19 infection. The branch has been closed until August 3 as a result with clients directed to other branches.

Cheetah Express Logistics, who operate FedEx Zimbabwe, said in their management statement that a member of staff who had flu symptoms was sent home and subsequently tested positive for Covid-19. Further staff in the same department were tested and found positive, but had no symptoms. They are now in quarantine and will follow Harare City Health guidelines.

After both rapid tests and PCR tests Cheetah are now assured that all staff on duty at all facilities are clear of infection and the company plans to keep testing to assure all customers and staff that FedEx will continue to maintain the integrity of its environment.

The initial staffer infected is doing well and will soon be counted as recovered.

Even churches have been hit.

In a notice, Reverend Father Kennedy Muguti announced the suspension of the normal service saying: “Please be advised that the parish has recorded a Covid-19 case and after consultation with Ministry of Health and Child Care, we are temporarily closing activities to allow necessary procedures to be carried out before we resume operations. Let us continue to entrust our families to pray to the Most Sacred Heart of Jesus.

“Please note that all masses at the Cathedral for today (Sunday) and tomorrow have been cancelled.”

The church proceeded to conduct a mass via its Facebook page.

Father Muguti said the church was expecting Ministry of Health and Child Care officials to carry out the necessary fumigation and disinfection of the premises and to advise on any further procedures.

He extended his condolences to the family of the deceased whom he said succumbed to complications linked to Covid-19.

“The deceased’s family have been communicated to and they are also liaising with the Ministry of Health for funeral arrangements which they are yet to communicate to us.

“As a precautionary measure, all persons who could have got in close contact with the late, should take necessary measures of self-isolation. Contact tracing will be guided by the Ministry of Health,” said Father Muguti.

He said the source of the infection was still unknown and urged parishioners to adhere to Covid-19 guidelines.

South Africa is now the fifth most hit country in the world, with only the US, Brazil, India and Russia confirming more cases. So far 5 033 South Africans have died from a confirmed total of 364 328 but with 191 059, around half, now confirmed as recovered. South Africa’s death rate is far below countries with similar rates of confirmed infections.