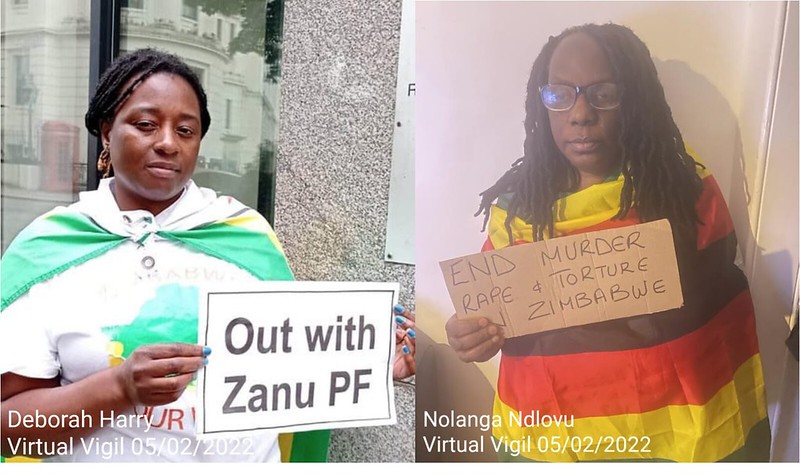 Teachers have threatened to stay away when state schools reopen on Monday. They say they can’t afford to return to work and want to be paid in US dollars because of the collapse in the value of the Zimbabwe dollar (see: https://www.news24.com/fin24/economy/teachers-too-poor-to-return-to-work-as-zimbabwe-schools-reopen-20220204 and https://www.newzimbabwe.com/no-us-dollars-no-work-teachers-tell-government/).

The currency weakened by 7.4% last month after losing a third of its value last year. ‘The Zimbabwe dollar will be in the graveyard by June’, predicted Gift Mugano, executive director at Africa Economic Development Strategies, a Harare-based consultancy.

At a recent seminar in Harare, the businessman Nigel Chanakira asked one hundred chief executive officers if they were willing to use the local currency. Only one raised his hand (see: https://www.moneyweb.co.za/news/africa/zimbabwe-dollars-second-death-seen-as-only-a-matter-of-time-2/).

Whether by coincidence or prescience, the Leeds City Museum in the UK is featuring Mugabe’s $100 trillion dollar note in a new exhibition focusing on the evolution of money over the past century. The note was released by the Reserve Bank of Zimbabwe in 2008 at the height of Zimbabwe’s world record setting hyperinflation which eventually reached 89.7 sextillion % before the coalition government dumped the local currency in favour of the US dollar (see: https://www.newzimbabwe.com/uk-museum-to-showcase-100-trillion-zimbabwe-dollar-note-at-new-exhibition/),

That move was engineered by Tendai Biti, the coalition’s finance minister and now the Vice-President of Chamisa’s new Citizens’ Coalition for Change (CCC). Biti and others have condemned a Zanu PF proposal to impose sanctions on opposition parties and civil society organisations for criticising the government.

‘Zanu PF is not the sheriff of this country; they can’t take the law into their own hands. We will defend ourselves as we have always defended ourselves,’ Biti said. ‘This thing about sanctions is ridiculous, we know the sanctions in Zimbabwe and that is Zanu PF. We know those who stole our diamonds, those who steal our United States dollars at the auction floor and those who are stealing millions of dollars through corrupt deals, so we will not be fooled or intimidated by anyone.’ (See: https://www.newsday.co.zw/2022/02/were-unfazed-by-sanctions-threats/.)

The dire state of the economy and the totalitarian ravings of Zanu PF are not the only threat to Zimbabweans. There is also the pressure on Zimbabweans in South Africa to leave the country, accused of taking the jobs of locals. In the latest setback, the South African Home Affairs Minister Aaron Motsoaledi has withdrawn the waiver allowing Zimbabwean students to apply for permanent residence permits. In all, there are estimated to be about 3 million Zimbabweans in South Africa (see: https://www.thezimbabwemail.com/zimbabwe/more-woes-for-sa-based-zimbabweans/).